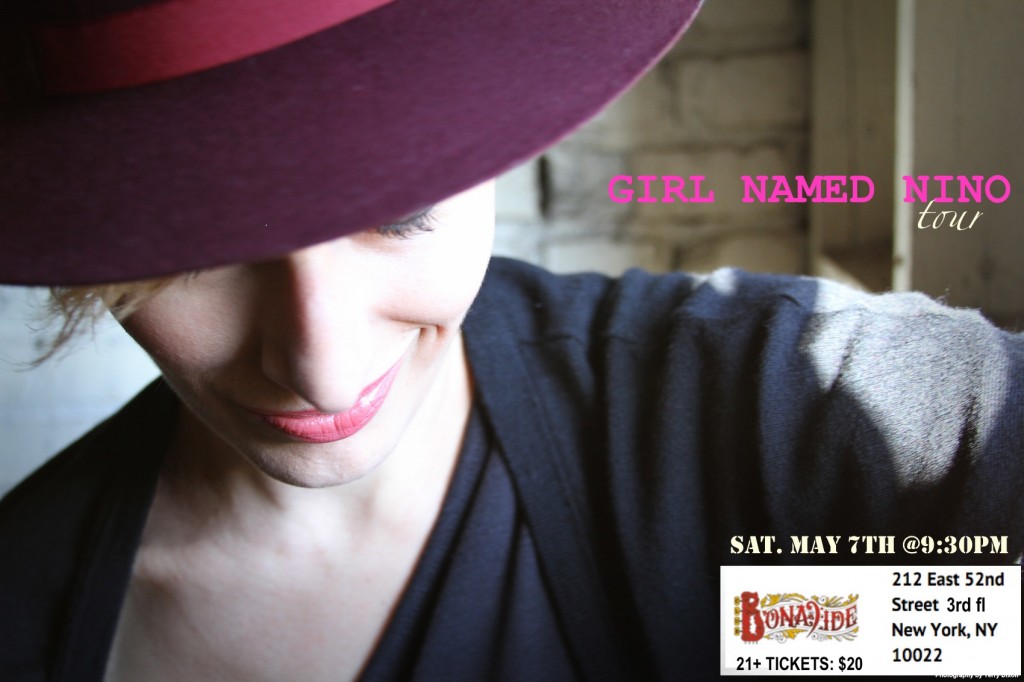 Nino Arobelidze is a good friend of The Daily Music Break. She’s a singer/song writer with a unique and fresh sound built on her childhood in Tbilisi, Georgia and immersion in jazz, blues and rock. Indeed, Nino has as wide a knowledge base of music as anyone I know.

Exciting things are happening for her. She has an album (“Girl Named Nino”) coming out this month and is coming east from Chicago on May 7 to play Club Bonafide (212 East 52nd Street) in NYC. She’ll appear later in the month in Buffalo.

The site indeed is a friend of Nino: This is the third time we’ve spoken. The first and the second. The tunes at the beginning and end of the podcast are, respectively, “I Wish” and “Meant for You.”