Home » blog » Charles Ives: The Unanswered Question and Prelude to the Fourth Symphony

Charles Ives, one of the most acknowledged of American composers, was demanding on performers because of his reliance on a wide variety of genres:

Charles Ives’ song legacy presents a unique set of challenges to its interpreters. Ives’ songs derive from an enormously wide variety of musical traditions, from the German lied tradition (and European art song in general), to American parlor songs, hymns, and folk tunes. In addition, Ives’ own relentless experimentation, which often bore little resemblance to anything that preceded him, led to a body of works that still presents formidable obstacles to any performer, regardless of their background. In short, how many singers are capable of singing like Dietrich Fischer-Dieskau one moment and an authentic Texas cowboy the next? What’s even more difficult: Ives’ greatest songs typically don’t come from any clearly defined performance tradition, so the performer must internalize them and come up with something new, a kind of Ivesian cultural synthesis encompassing almost everything: high and low, new and old, secular and sacred, comical and serious, American and Universal.(Continue Reading…)

This site — which is a compilation of top ten lists — points to The Unanswered Question as one of Ives’ great works. Wikipedia discusses the piece:

Ives had composed two symphonies, but it is with The Unanswered Question (1906), written for the highly unusual combination of trumpet, four flutes, and string orchestra, that he established the mature sonic world that became his signature style. The strings (located offstage) play very slow, chorale-like music throughout the piece while on several occasions the trumpet (positioned behind the audience) plays a short motif that Ives described as “the eternal question of existence”.[citation needed] Each time the trumpet is answered with increasingly shrill outbursts from the flutes (onstage) — apart from the last: the unanswered question. The piece is typical Ives — it juxtaposes various disparate elements, it appears to be driven by a narrative never fully revealed to the audience, and it is tremendously mysterious. It has become one of his more popular works.[17] Leonard Bernstein borrowed its title for his Charles Eliot Norton Lectures in 1973, noting that he always thought of the piece as a musical question, not a metaphysical one. (Continue Reading…)

The Unanswered Question is above. Another noted work is The Fourth Symphony. The piece–or at least the prelude–is below. 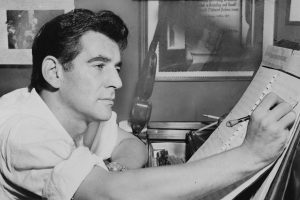 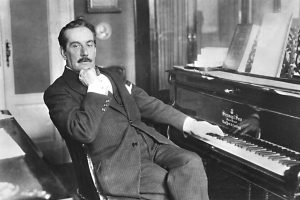