A major force in Chicago, Carl Davis, has died at age 77. Here is part of the obituary in The New York Times:

Though Chicago’s soul scene was less celebrated than those of Detroit or Memphis, it was rich with talent, and Mr. Davis was at the center of it through the 1960s and ’70s. He worked with Curtis Mayfield, Major Lance, Jackie Wilson, Tyrone Davis, the Chi-Lites and many others in a number of capacities, including producer, scout, manager and record company boss.

Davis was responsible for such hits as Gene Chandler’s Duke of Earl (click on “Read More” for access to the video) and Jackie Wilson’s (Your Love Keeps Lifting Me) Higher and Higher. 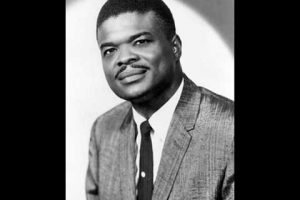