Home » blog » In Their Own Words: Miratti

Editor’s note: Are you a solo performer or in a band? Friends of a band? Do you manage a music act? If so, contact carl@dailymusicbreak.com to discuss posting a video such as the one above. Miratti is the first of what I hope will be a steady stream of young and upcoming artists to use The Daily Music Break as a platform.

Miratti – which means “In the Target” – was formed in 2010 in Kansas City. The members of the pop, dance, Latin and crossover band are Monica, Raul, Manny and Claudia. The band writes its own music in Spanish and English.

The band is fourth on the Latin House Charts in the Latinos Unidos Record Pool for November and December, according to Nelson Martinez, the CEO of Trigga Entertainment. Trigga is the band’s record label.

Martinez said that the group has opened for Pitbull, Enrique Iglesias and others. It is actively promoting the single “La Noche Provoca” and working on its next album with producers such as DJ Cubanito and Klubjumpers.

More information can be found at the group’s Facebook page. 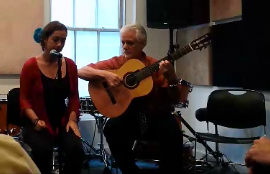 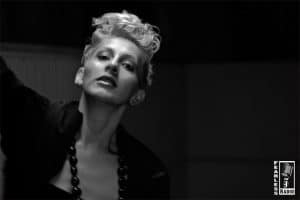 Catching Up with Nino Arobelidze