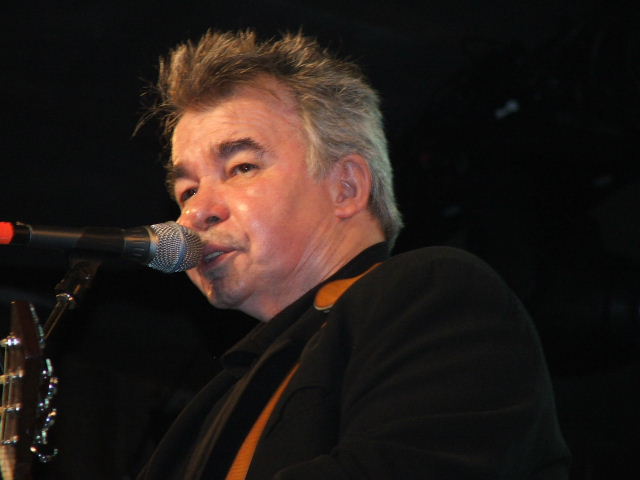 John Prine’s official website is here. Fan sites usually are more comprehensive, since they are labors of love and contributed to by many people. The Prine Shrine is no different.

It’s obsessive and intersting. The set lists, for instance, go back to 1970. The first entry is an appearance on Stud’s Terkel’s radio show. It’s interesting that three of the songs he played that early in his career (“Hello in There,” “Sam Stone” and “Donald and Lydia”) are among his best known. His biggest hit – “Angel From Montgomery” – was on his debut album, which was released the next year, according to Wikipedia.

If the company somebody keeps says a lot, Prine is one of the greats. Here is how the bio at the site begins:

Forty-five years into a remarkable career that has drawn effusive praise from Bob Dylan, Kris Kristofferson, Bonnie Raitt, Roger Waters, Tom Petty, Bruce Springsteen, and others who would know, Prine is a smiling, shuffling force for good. He is a Nashville Songwriters Hall of Fame member whose classic debut album, simply titled John Prine, is recognized as part of the Recording Academy’s Grammy Hall of Fame.

Prine’s songs have been recorded by Johnny Cash, Tom T. Hall, the Everly Brothers, Carly Simon, Bette Midler, Norah Jones, George Strait, Miranda Lambert, and many others. But his genius isn’t found in his resume, it’s found in the brilliance of lyrics from his large catalog of songs.

In a previous post, The Daily Music Break featured Prine and Iris DeMent performing “In Spite of Ourselves” and Bonnie Raitt and Kris Kristofferson singing “Angel From Montgomery” at Live Aid in 1986. Nothing much goes right during that performance, but it looks like they had fun.

Sorry about the volume change between the first song and the rest of the playlist below.