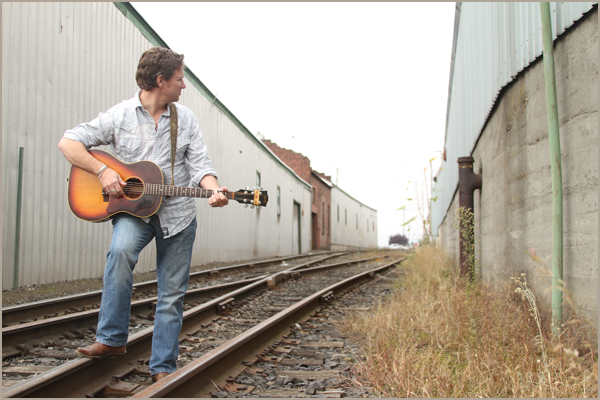 go, The Daily Music Break posted about country singer/songwriter Dan Weber. We chatted with Dan a few weeks ago. Check out the podcast — and information Dan had provided to us.

Tell us a bit about your background.

I’ve never had any formal training and didn’t grow up as a musician. My Mom sang in the choir, my one brother has played guitar since he was 5, my other brother played drums on any flat surface he could find, and my Dad had some crazy-elaborate stereo to blast Beethoven and Mozart from his man-cave in he basement. Me? I was the least ‘musical’ person in the family. I was into sports—baseball, soccer and golf.

The only band I was ever in was ‘The Driftwood Jammers.’ It was me, my brothers and our neighbor next door, assembling every instrument we could find and banging on them tunelessly. I must’ve been 10 years old and I think I played either xylophone or a Caribbean steel drum. We also had a guitar, banjo and an ocarina. We lasted for exactly one hour but we had an early cassette recorder and we taped it. I still have it. It’s hilariously bad!

When I was a Park Ranger in Canyonlands National Park in Utah in the mid-90’s I got my first guitar. But I lived 46 miles from the nearest paved road and 168 miles from the grocery store, so there was no one around to teach me how to play it. Eventually I moved to Portland, OR and a friend showed me 3 chords and said ‘Now you know how to play 90% of every song you’ve ever loved’.

So to be honest, it’s been kind of a whirlwind 7 years since I started performing. One promoter described me as “The classic mid-life overnight sensation” which feels about right, since I came to it later in life and have had some success that was well beyond what I ever would have imagined. I’ve played some of my favorite festivals and venues, places I’ve seen my heroes play, and even opened for a few of them, and am amazed that I’ve had those opportunities. Becoming a songwriter and a performer has really changed my life.

Were you influenced by old records & tapes? Which ones?

I came of age right at the end of LP’s and the beginning of the cassette ‘Boom’. The first record of any sort I bought was a 45 of America’s ‘Lonely People’. I still have it. Mom had a record collection of mostly show tunes, like ‘Oklahoma’, but she also had the Beatles and Johnny Cash. The Beatles were ‘OK’ but I LOVED Johnny Cash. He told ‘stories’ in the songs and in-between the songs on ‘Live at San Quentin’. And he sang about trains and Dad had a pretty extensive Lionel train layout in the basement so I loved trains. I had older brothers so I was exposed to lots of mid-70’s rock and roll, everything from Fleetwood Mac to Styx, Gordon Lightfoot to Led Zeppelin, Van Halen to the Stones, you name it.

Then one day I head my brother’s cassette tape of the Grateful Dead’s ‘Skeletons from the Closet’ and I heard ‘Casey Jones’, a train song, and I was completely hooked. Something about the chugging beat, and lilting guitar sounded so ‘exotic’ to my 13 year old ears. So began my misspent teenage years, I think I saw 50 or so Grateful Dead shows. I lost count…

But oddly enough through the Grateful Dead, because they were the ultimate amalgamation of American music types, I got turned on to bluegrass (Jerry Garcia was originally a banjo player), country (they covered everything from Hank Williams to Merle Haggard and Marty Robbins) and ultimately folk music through some of their acoustic side projects and touring with guys like Bob Dylan.

Eventually (and ironically, since I was living in Seattle during the Grunge era), I got turned onto ‘Singer-Songwriters’, a whole slew of Texas artists (Guy Clark, Townes Van Zandt, Lyle Lovett, Robert Earl Keen, James McMurtry, etc.) and modern-day folkies like Greg Brown and Todd Snider.

One night in Seattle I won free tickets to go see a New England singer-songwriter, Bill Morrissey. I’d never heard of him but his show knocked me out. He was literate, funny, ironic, and sad and he told the most amazing stories between the songs. And for the first time I saw someone who seemed like a ‘regular’ guy with a guitar telling the stories of his life. Afterwards he and I went out to a bar and closed it down and I believe the seed of wanting to be ‘Troubadour’ was born that night…

Photo: Rachel Haeger. The song at the beginning and end of the podcast is “Hank and Jesus.”