The Gershwins – composer George and lyricist Ira – are among the most important figures in American music history. 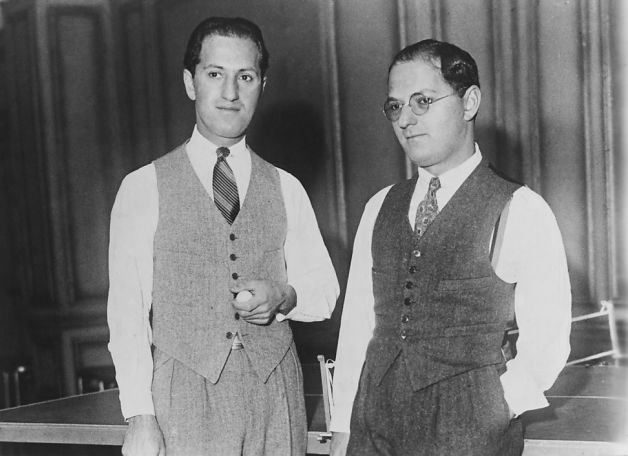 As with many transformative artists, the boys were in the right place at the right time: They were born around the turn of the century (Ira in 1896 and George in 1898) in Brooklyn. It was a time of great immigration – their parents were Russian — from both overseas and other parts of the country. All of it found a home in George’s music.

George wrote popular songs, theater music, classical pieces, jazz and one major opera: “Porgy and Bess,” which may be his crowning achievement. He was a virtuoso piano player as well.

Ira was a bit narrower. Indeed, he almost didn’t become a lyricist. Though he showed promise, he didn’t have his brother’s driving ambition. Indeed, Ira once said that he probably would have been very happy with a career as a bookkeeper, one of the jobs he held before teaming with his brother on music.

George was said to be a force of nature, composing music of all forms all the time. The intensity of his dedication is evident in the amount he produced before his early death. George died of a brain tumor in 1938. He was all of 37 years old.

Ira, after retiring from music for three years after his brother’s death, teamed with others and had a long and distinguished career. He lived until 1983. He was 86 years old when he died.

The Daily Music Break had the opportunity so speak Dr. Howard Pollack about the Gershwins. Dr. Pollack is the John and Rebecca Moores Professor of Music at the University of Houston. He has a Masters of Art and Ph.D. in musicology from Cornell University and has written six books, including “Aaron Copland: The and Work of an Uncommon Man” and “George Gershwin: His Life and Work.” His most recent book is “Marc Blitzstein: His Life, His Work, His World.”

Wikipedia and The Official George and Ira Gershwin Website were used to prepare this post. The excerpt from “They Can’t Take That Away from Me” at the beginning of the podcast is performed by Ella Fitzgerald and Louis Armstrong. The excerpt of “I Got Rhythm” at the end is sung by Ethel Waters. The photo is credited to Hackett/Archive Photos and Getty Images.