Maria Quiles and Rory Cloud met in 2011 and have been performing and recording together ever since. Below are answers to questions posed by The Daily Music Break and a podcast interview. The song at the beginning of the podcast is “Seminole Star.”

Give me some details about the two of you and your musical background?

The two of us met in October 2011 at an open mic in San Francisco. We began collaborating shortly after and have been performing together full-time ever since.

During the last 3 years we have; released 2 full-length albums both recorded live-in-studio (Long Time Coming – 2012 Produced by Grammy Winning Engineer Steve Horowitz, Seminole Star – 2014 Produced by Quiles & Cloud and 5-time Grammy Nominated Producer Cookie Marenco), performed over 150 shows in 17 states and Ireland, and opened for a hand-full of national acts such as The Brothers Comatose, and Earls Of Leicester Ft Jerry Douglas.

Our music is centered around live acoustic performance. All of our recordings are made this way, with every musician together in a room without headphones or amplification. At shows we typically perform acoustic or standing around a single mic.

A Conversation with Quiles and Cloud:

We both came from musical/artistic families.

Maria’s folks were dancers, painters and singers. Aside from her talents as a singer-songwriter and guitarist, she is also an accomplished dancer, violinist and visual artist. She’s been writing songs and poetry since she was a young girl. Her writing is informed by her diverse background different musical styles and artistic formats. Her background in dance, particularly in Latin/Salsa, gives her a deep sense of rhythm and phrasing that carries her songs in a unique

My parents were both musicians as well. My mother was a singer-songwriter/acoustic guitarist, and had a group with my father who played electric and acoustic guitar. I started picking up guitar when I was about 9 and a year or two later picked up drums and percussion. I’ve also been writing music since I was young and have performed guitar and percussion in an array of settings; from rock bands, to jazz, hip-hop, folk, country, tap-dance, and more.

Were you influenced by old records & tapes? Which ones?

We have both drawn influence from a lot of old recordings over the years. Artists like; Nick Drake, Joni Mitchell, The Band, Wayne Shorter, Fairport Convention, Richard Thompson, Townes Van Zandt, The Kinks, Ella Fitzgerald, Billy Holiday, Wes Montgomery, Bob Dylan, Bob Marley, Chet Atkins, Chet Baker…the list could go on a while but all those artists have influenced our ears in various ways. There’s also an incredibly long list of current artists we’re into but I’ll save that for another time.

What’s the side of you that the public never sees? 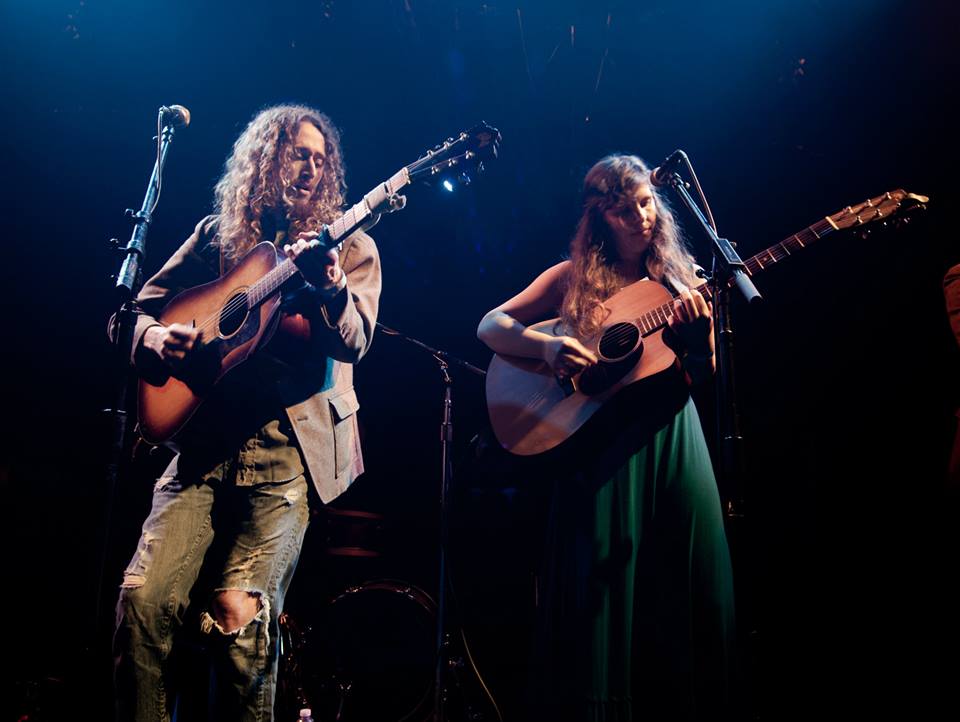 What people don’t usually get to see of many artists is the creative process. We put in a lot of hours together and individually working on our craft and some of those hours can be frustrating. One of the most important lessons in life is patience, and working on any art form can be an exercise in allowing things to be what they are in that particular moment. Growth as an artist and as an individual takes a balanced combination of patience, humility and interest.

The two of us spend all our time together which means we get to see each other at our best and our worst states during these endeavors. Very few people ever get to see our frustration, or the stress of managing a music career from the ground up and living gig to gig.

We are incredibly lucky to be where we are, with so many wonderful people supporting us and our music. Without the tremendous support of our friends, family and fans we wouldn’t have the resources to make our music the focus of our daily lives. We don’t keep our own place anywhere because we don’t stay in any one place long enough and would go through our music income in a heartbeat if we had to pay rent (especially in San Francisco!).

We love our lives completely, but the stresses of living full-time out of a suitcase and a small VW hatchback can certainly bring out some less favorable moods from time to time. Only the people really close to us see any of that stuff.

What’s coming up in your career? What’s exciting?

These days it seems like there’s something new on the horizon every day.

In February we’ll be touring out to Kansas City, MO for Folk Alliance. In April we’re touring coast to coast and performing at a Listening Room Festival in Florida.

Summer is still coming together, but at some point we’ll be heading into the Compass Records Studio in Nashville to record as part of the FreshGrass prize. Between the Nashville session and a few other studios in CA we are working with, we plan to release a good amount of new material over the next year.

In the fall we’ll be returning to the East Coast for our set at FreshGrass. Passed that we’re still in the drawing-board stage.