Home » Podcast: Sarah Peacock Slows Down to Speed Up 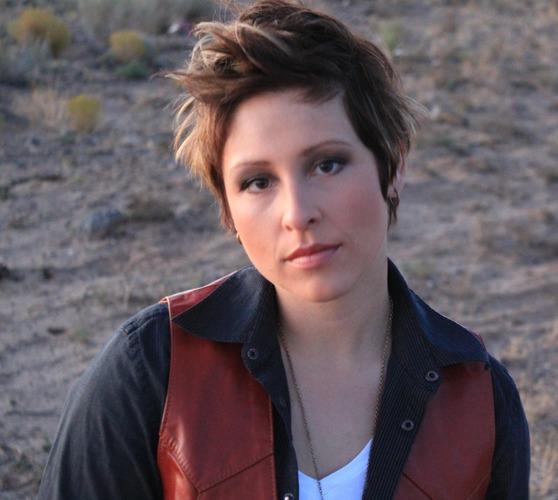 Last week, The Daily Music Break last week had the pleasure of chatting with Sarah Peacock. Below is the conversation and info she sent ahead of time. Sarah’s music can be found on Facebook, Instagram and her site. The song at the beginning and end of the podcast is “Hurricane.”

Please provide some details about you and your musical background.
My career has officially been a 10 year journey filled with plenty of ups and downs, and I wouldn’t trade any of it for the world. I am so thankful, and I absolutely love my job! I began cutting my teeth on the road in 2005 and went full time in 2009 when my first record released. I’ve been living between Nashville and the road for 14 years now. I attended and graduated from Belmont University in Nashville. Belmont really sharpened my talent and gave me the tools I needed to begin building a career as an artist. A lot of my touring has been solo acoustic, and I have handled the entire process (for the most part) solo as well. This means booking (250 shows per year since 2009), website, graphic design, recording, producing, songwriting, itineraries, driving, publicity, etc. Basically, I am my own record label. It’s a lot of work, but I have learned the ins and outs of running the machine over the years. I have a healthy respect of what it takes and how long it takes to get there and look forward to the days when my career will be run by a much larger, well oiled machine.

How did you get started in music?
I have always been surrounded by music for as long as I can remember. I was born into a musical family, so it’s in the genes. I have two sisters who are both musical. My middle sister is a professional opera singer in D.C., and my youngest sister is an accomplished pianist. We grew up taking piano lessons, singing in church and at school, and performing in musicals. I picked up guitar at age 11 and wrote my first song. I guess the rest is history.

A Conversation with Sarah Peacock:

Were you influenced by old records & tapes? Which ones?
I was a bit of a late bloomer. I didn’t have much diversity in my musical collection growing up. I listened to a lot of church music. Amy Grant was my hero as a kid. It wasn’t until I got to high school and college that I heard artists like Guns n Roses, Led Zeppelin, The Beatles, Bon Jovi, Johnny Cash, Reba, Garth Brooks, etc. When I heard Stairway To Heaven for the first time, it was like I crossed into a different quadrant or dimension of the universe. And, I’ve had a very eclectic music collection ever since. I do have to say that for the last several years that Heart has remained at the top of my list as one of my all time favorite bands.

What’s the side of you that the public never sees?
For one, I’m a bit of a nerd. I love technology, and I like to read. I’m also a chef, and I tour with a juicer. I love adventure, flying airplanes, the great outdoors, and I enjoy long backpacking trips in the wilderness.

What’s coming up in your career? What’s exciting?
2014 has been all about slowing down to speed up. In February of this year, I reevaluated my relationship with the road and made a few changes. These changes have allowed me to be home more in Nashville and stay focused on what’s next. I spent some time in the studio this summer, and I am very excited about where that project is going. It was produced by Ken Coomer (of Wilco), and I am looking forward to the positive changes this EP is going to make in my career. 2014 has really been a killer year. My song, “Hurricane” won best song in the American Songwriting Awards. My song, “Beautiful” was a winner in the International Unsigned Only competition, and I’ve received endorsements from Taylor Guitars, DR Strings, and 1964 Ears. This year truly has been a byproduct of the choices I made in February. I definitely slowed down, but I’ve been able to see how quickly things have sped up as a result. I can’t wait for 2015!

Tagsclassic country music Sarah Peacock Slows Down to Speed Up

This Day in Music: Dylan and Cash Record “Girl From the North Country”
Podcast: Dr. Marti Newland on Eva Jessye