Listening to gospel as music comes with a bit of tension. Performances actually are part of a religious service. it also is a religion of which I am not an adherent. Analyzing or commenting on it from a musical standpoint seems intrusive. It’s sacred music, not art to be assessed.

I may be more senstive than the people in the gospel community, however. In the modern age, however, considering gospel purely on its musical merits passes muster simply because the interested parties – the performers, the congregations and folks connected to them from the business side – post the music and otherwise call attention to it in the secular world. They are proud of it — with good reason — and think that it will draw people to church. 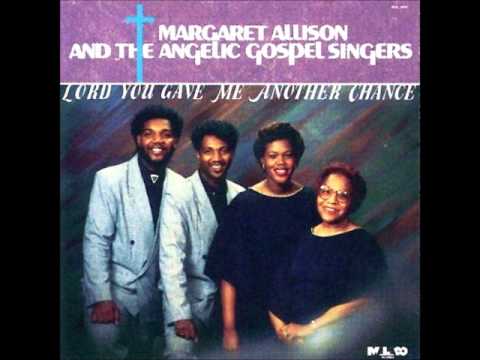 With that caveat mentioned, it is hard to find a genre that is more influential in the evolution of American – and thus world – music. The site Madamenoire lists singers who started in the church and ended up in the secular music world. It includes Aretha Franklin, Usher, Katy Perry, Diana Ross and John Legend. Marvin Gaye also started in the church, though he isn’t on that particularl list. That, of course, is just the tip of the iceberg.

This post features Angelic Gospel Choir. Its matriarch is Margaret Wells Allison, who was a co-founder and leader of the choir, which was based in Philadelphia. She passed away in 2008.

An interesting element of the clip above is the way in which Allison starts by telling a highly personal story of her hesitancy to have back surgery and gradually transitions — using ever more pronounced gospel cadences — from telling the story to preaching about her trouble and the help her faith gave her in dealing with it.

I am not sure who is singing in the clip below, which also features The Angelic Gospel Choir. Forget for a second anything but the intensity of these performances. It is something to which secular music aspires.

At about the 3:50 mark the camera catches a few seconds of Mosie Burks, who was the lead singer (if it’s called that in gospel) for The Mississippi Mass Choir. Her performances of “When I Rose This Morning” and “I’m Not Tired Yet” are remarkable.

Videos to Check Out: “When I Rose this Morning” by The Mississippi Mass Choir

Check It Out: Blitzen Trapper’s “Shine On” 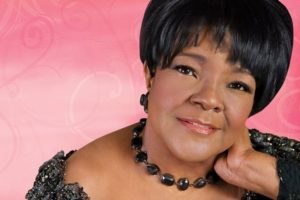