Other notable hits by The Clovers include “Love Potion Number Nine,” “Blue Velvet” and “Ting-a-Ling.” Click here or on the image for a greatest hits album, “The Feelin’ is Good” at Amazon or here for the “The Best of the Clovers” at iTunes.
There are a lot of songs that are just cool. Some great ones: “Hit the Road Jack,” of course, and “Speedoo” by The Cadillacs. And just about anything by Louis Jordan. There are lesser knowns such as “Short Skirt/Long Jacket” by Cake, “Rock and Roll is Cold” by Matthew E. White and “Dashboard” by Modest Mouse.

There are a million of them, actually. They just are cool. Put “One Mint Julep” by The Clovers on the list.

Here is more on the song:

“One Mint Julep” is a rhythm and blues song written by Rudy Toombs that became a hit for the Clovers.[1] It was recorded by Atlantic Records in New York City on December 19, 1951, and released in March 1952. It was one of the first “drinking songs” to become a hit and one of the first to feature a tenor sax solo. It was an important step in the history of Ahmet Ertegün and Atlantic Records in its quest to become a hot rhythm and blues label.[2] Stylistically the Clovers were moving away from the sentimental lyrics of the romantic doo-wop group songs and adapting a cooler group style, emphasizing rhythm more, nearing the style of a jump blues combo.[3] (Continue Reading…)

And more — a lot more — on The Clovers from Marv Goldberg’s R&B Notebooks:

One of the most enduringly popular R&B groups has been the “Mighty Clovers” (as they were tagged by Dr. Jive). Extremely successful in the early- and mid-50s, the Clovers placed 21 tunes on the R&B charts, 19 of them in the top 10. Not only were they favorites of record buyers, but also of their peers. In addition, the Clovers were also one of the most popular live acts during the early to mid 50s. They continually played the theater circuits, and were in demand to appear in the package shows which toured the country. (Continue Reading…)

The song is used in the movie “Carol,” which has a tremendous soundtrack. 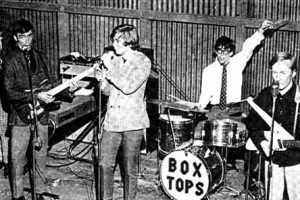 The Box Tops Were More Than “The Letter” 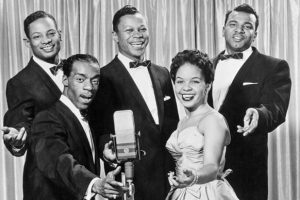 The Platters: A Bridge Between Tin Pan Alley and Rock and Roll 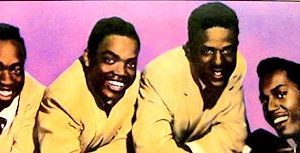 The Cadillacs: His Real Name is Mr. Earl