Joan Chandos Báez – Joan Baez — is a big topic. Since everyone knows her and holds an opinion, it ironically makes it less necessary to go into details than it does for a lesser known artist.

Baez was born in Staten Island, New York – I find that amusing, for some reason – in 1941. She’s an activist who has performed for more than 55 years and released more than 30 albums, according to Wikipedia. She is fluent in Spanish, and had released albums in many different languages.

The profile points to her close association with Bob Dylan and her musical associations beyond folk: She has sung pop, country and gospel music. The profile also makes the point that Baez is known more as an interpreter of other people’s works than as a songwriter herself, though she is one. Indeed, William Ruhlmann, in his AllMusic profile, calls Baez “[t]he most accomplished interpretive folksinger of the 1960s.”

Ruhlmann says that Baez – owner of a “once-in-a-lifetime” soprano voice, first made an impression at the 1959 Newport Folk Festival. Her first album (“Joan Baez,” in 1960) was of traditional songs. It was moderately successful at first — and then took off after the release the next year of “Joan Baez, Vol. 2. That broke through, and both albums were huge hits. The rest, as they say, is history.

Above “Billy Rose.” Below is a terrific – though fuzzily shot and with mediocre audio – version of “Love is Just a Four Letter Word” done with the great Earl Scruggs.

Wikipedia and AllMusic were used to write this post. 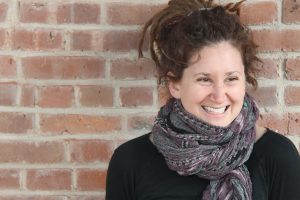 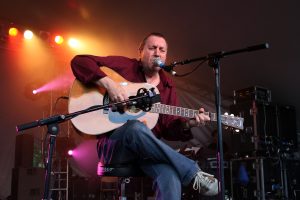