This is the beginning of Wikipedia’s profile of the influence band The Specials:

The Specials, also known as The Special AKA, are a 2 Tone and ska revival band formed in 1977 in Coventry, England.[1] Their music combines a “danceable ska and rocksteady beat with punk’s energy and attitude”, and had a “more focused and informed political and social stance” than other ska groups. The band wore mod-style “1960s period rude boy outfits (pork pie hats, tonic and mohair suits, and loafers).”[2] In 1980, the song “Too Much Too Young”, the lead track on their The Special AKA Live! EP, reached number one in the UK.[3] In 1981, the unemployment-themed single “Ghost Town” also hit number one in the UK Singles Chart.[1] (Continue Reading…)

This is from the band’s Facebook bio. The use of the phrase “easy peasy lemon squeezy” isn’t the only reason I chose this quote, but it didn’t hurt :

If you were 12 in 1979, the Specials were easy peasy lemon squeezy the greatest band on the planet. The sort of band you can’t quite imagine not existing before. Of course, style over substance is any easy sell in the pop charts, and you have to assume that the vast majority of the millions of catalogue rude boy clones who cat walked the shithole of Britain’s high streets over the following few years were fashion victims of the lowest order (check Stereotypes or Do Nothing for the bands response). The difference being that, perfectly packaged as they were, the Specials were substance wrapped in checkerboard. Who else could mention the Irish Republican Army and the Ulster Defence Association in a dance track? It turns out I, and millions of others, nailed our colours to the right mast at the time, and try as I might I still can’t find a single chink in the armour of The Specials legacy. (Continue Reading…)

Here is a definition of ska. Above is “Nite Klub” and below is “Gangsters.” 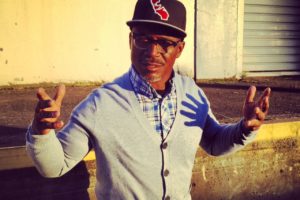