Taj Mahal is a national treasure. Two albums of his that I recommend are “Giant Steps”/”The Old Folks at Home” and “Ohhh So Good ‘n Blues.”

The first is a double record set, with acoustic and electric records. It is perhaps his best known album. The later is lesser known but every song is terrific. The man has recorded a tremendous amount of music. 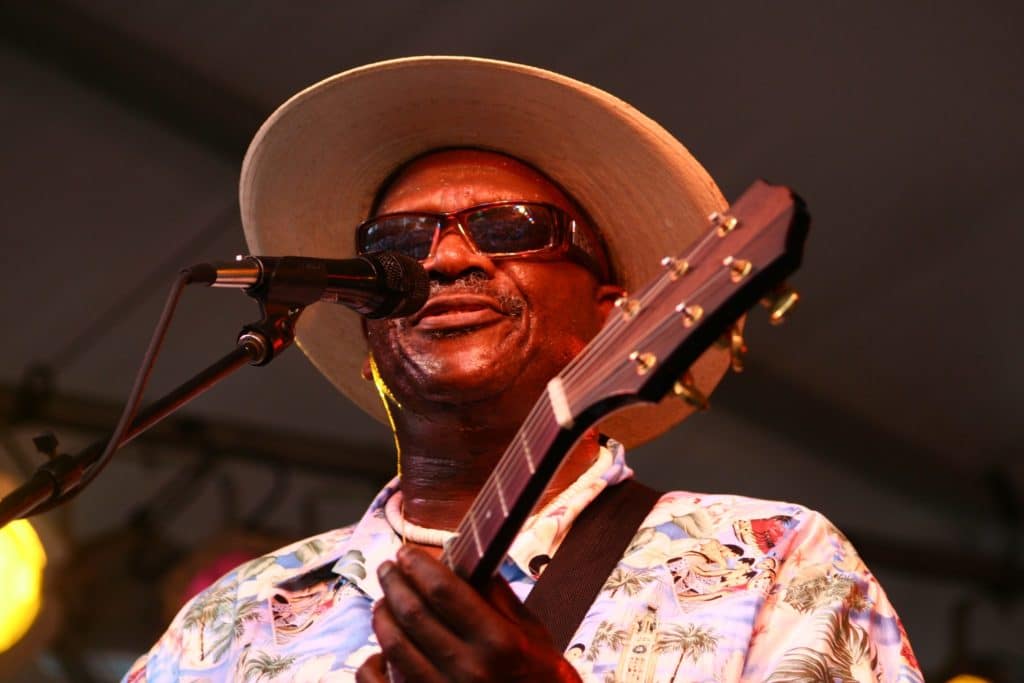 The studio version of the song above was released on “Ohhh So Good ‘n Blues,” though the version on that album didn’t have “blues” in the title. It’s been one of my favorite songs for years. For some reason, I had difficulty finding it on the Internet for a long time. I finally found it. It’s still great.

Another version of “Little Red Hen” was on a live record entitled “In Progress & In Motion,” a compilation Mahal’s music from 1965 to 1998. It’s a great version. I couldn’t find the identities of the background singers on the original. On the live version above The Pointer Sisters help Mahal. My guess is that they are on the original as well, but I’m not sure.

The Daily Music Break covered Mahal — whose given name is Henry Saint Clair Fredericks — here. We put together a playlist that got partially deleted. I’ll fix it and post it soon.