There is confusion between two sources on when Nina Simone’s debut album, “Little Girl Blue,” was released.

Regardless, the mono record – which also is known as “Jazz As Played in an Exclusive Side Street Club”– marked the beginning of a unique and important career. It was a bit of a rough start. The record was released by Bethlehem Records and Simone, who was headed toward a career in classical music, sold the rights for $3,000. That wasn’t a small sum in those days, but pales in comparison to the million-plus dollars it would have paid her in royalties.

Moreover, Bethlehem’s promotion of the album didn’t satisfy Simone, who left for Colpix Records. That didn’t stop Bethlehem from releasing material left over from the “Little Girl Blue” sessions as an album entitled “Nina Simone and Her Friends” without her consent.

Nina Simone’s career tracks the experience of female African American artists during the middle and later part of the 20th century. The bottom line is that it wasn’t easy.

Simone was born as Eunice Kathleen Waymon in 1933 in Tyron, North Carolina. She was the sixth of eight children. The young Waymon auditioned for a scholarship to The Curtis Academy in Philadelphia. She was rejected — and was later told that the reason was racial.

Simone moved to New York City and studied piano at Julliard. She supported herself by playing jazz, standards and blues in clubs — and began singing at the behest of the owner of one of them. Eventually, she signed a record deal and had a hit with “I Loves You Porgy” from “Porgy and Bess.” Simone changed her new name in 1954 and worked the coffee houses in Greenwich Village and befriended Langston Hughes, James Baldwin and other important figures in the African-American community. A great photo of Simone and Baldwin accompanies a long story about the singer in The New Yorker.

Simone became increasingly radicalized and civil rights music became an ever-bigger part of her repertoire. At one point she backed armed struggle as a way for Blacks to gain their own homeland.

Simone was diagnosed with bipolar disorder later in life. This led to erratic behavior, including shooting at a record executive (not the first performer to want to do so, to be sure).  Luckily for everyone involved, she was a poor shot.

Simone could be impervious and difficult, but warmed up later in her career. Biography suggests that Simone was difficult to categorize:

In many ways, Simone’s music defied standard definitions. Her classical training showed through, no matter what genre of song she played, and she drew from many sources including gospel, pop and folk. She was often called the “High Priestess of Soul,” but she hated that nickname. She didn’t like the label of “jazz singer”, either. “If I had to be called something, it should have been a folk singer because there was more folk and blues than jazz in my playing,” she later wrote.

Simone died, probably of breast cancer, in France in 2003.

Above is the title track from “Little Girl Blue.” It is, a quodijbet, according to the Wikipedia post. The term refers to a song that is a combination of melodies from different tunes. In this case, the melodies (and lyrics) are from the Rogers and Hart song of the same name and the Christmas carol “Good King Wenceslas.” 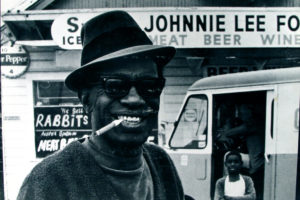 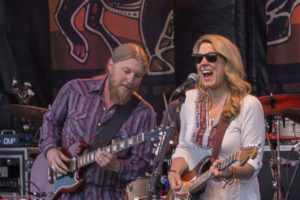