MetroNews, a site in West Virginia, posted an interesting feature this week on the premiere of a documentary about old time music in and around Clay County, which is in West Virginia.

The story is accompanied by an extended trailer for the film, “In Tune: A Community of Musicians.” It’s above. Both the trailer and the film are from West Virginia Public Broadcasting. The hour-long documentary, produced by Russ Barbour, is intended to complement Ken Burns’ eight part country music documentary that will air nationally in September.

The welcome and perhaps somewhat surprising news is that a good deal of this music is available. Recordings made in the first half of the 20th century had more or less sat in dusty catalogs now are available for listening and purchase at many places on the Internet. Click here or on the image for “Classic Old-time Music” from Smithsonian Folkways Recordings. “The Art of Old-Time Mountain Music” from Rounder Heritage also looks good. Click here.
The Barbour film is structured around 1975 footage of country music, which is more commonly called “hillbilly music.” I get the sense that the community of people who play this music want to move on from that somewhat pejorative term.

The preview paints the picture of music that has remained the same in spirit but gradually shifted with the times. A couple of the speakers make the point that the music is about collaboration and emotion. It’s community-based and seems that the line between the audience and the performers is not set in stone. One of the individuals interviewed said that the music generally isn’t electrified or amplified.

Clay County and surrounding areas were isolated early on. At times the only ways to reach the region were walking or by boat. Slowly, the natural resources of the area attracted industry and the businesses that supported them. The population grew. The people who arrived brought their own music, which was integrated into the whole.

This music is at the heart of our country and is closely aligned with blues and other genres. “Old​-​Time Music from Clay & Calhoun Counties” is available from Bandcamp. The Field Recorders’ Collective offers a live recording from the 1975 Brandywine Mountain Music Convention. Featured are Phoeba Cottrell Parson (banjo and vocalist), Ira J. Mullins (fiddler), Jenes Cottrell (banjo), Wilson Douglas (fiddler) and the Morris Brothers (MCs and unidentified instruments).

The Morris Brothers are in the West Virginia Music Hall of Fame. Their induction video (below) is very interesting. These guys — and many like them — are deeply entwined in American history.

Folks interested in old time music may enjoy an interview and song (“The Cuckoo”) from Clarence Ashley. 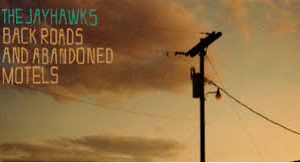 Check It Out: Natalie Maines and the Jayhawks’ “Come Cryin’ to Me”

Playlist: The Great Bob Dylan
What is Americana?
Comment