There are lots of superbly talented musicians. But most genres have a single focal point: The Beatles and Louis Armstrong are two examples. Jimi Hendrix fills this roll for rock guitar. This podcast takes a look at why. 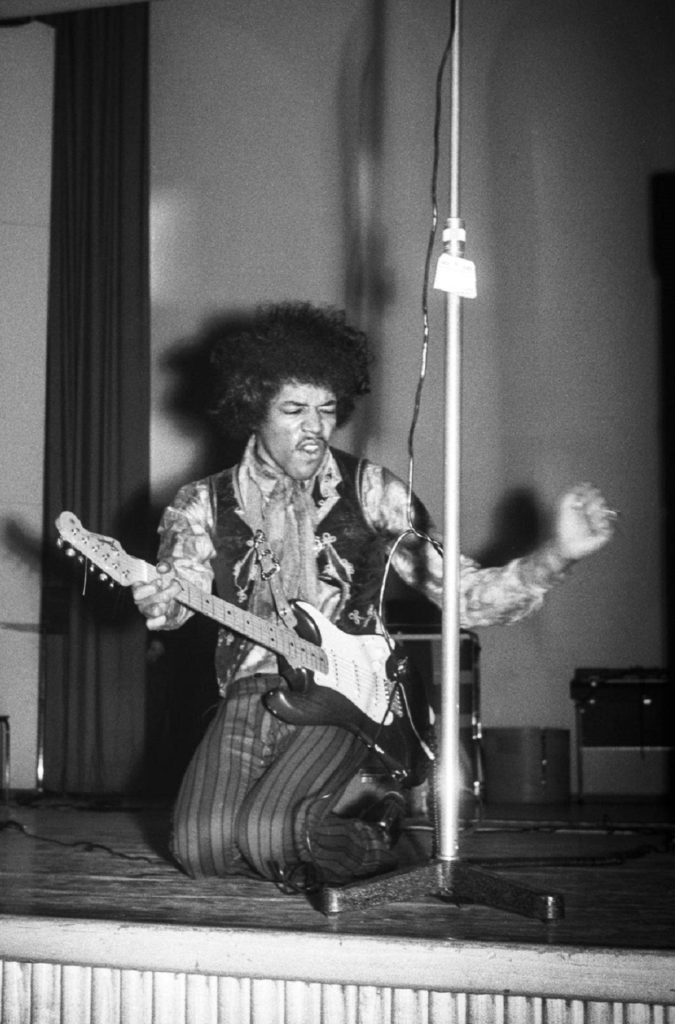 There are pivotal musicians in every genre. While others are great, something about this group distinguishes them. It has to do with talent, of course. But it’s also deals with innovation, timing, charisma and other even harder to define qualities.

Louis Armstrong is one such figure. There are other extraordinary talented jazz musicians, of course. Duke Ellington, Charlie Parker, Miles Davis, Ella Fitzgerald and John Coltrane head a long list of musicians whose talent and accomplishments are on par with Armstrong. But there is only one Pops. He was the bridge between the past and the future. It is the same in rock and roll: There were many great bands, but there is only one Beatles.

Hendrix is in that small class. There were great rock/blues guitarists before him, during his brief time, and afterwards. Like Armstrong and The Beatles, what sets Hendrix apart is the mix of ingredients: Talent, innovation — especially in the studio — and charisma. And, perhaps most importantly, the world was ready for great change when Hendrix was ready to provide it.

Hendrix, the first and greatest guitar hero, adds ingredient to the mix, albeit an unfortunate one: He died just when he was getting started. That cements the myth. It’s too bad that we don’t have a 78-year old Hendrix. But legends don’t grow old.

The podcast above is a conversation with my brother Walter. I can attest to the fact that he knows his subject.