Yeah Yeah Yeahs, who have been around since 2000, are getting a lot of coverage. Spin’s March cover story is about the band — the piece is promoted here — but apparently isn’t online yet. The New York Times also recently ran a piece on the indie band. This paragraph is about halfway through:

You’ve never met three more awkward rock stars. Chase is a consummate music nerd, a conservatory-trained jazz drummer who  still plays in the city’s experimental scene. Zinner, who looks the part of a rock star, is a regular at bars and other bands’ shows but doesn’t say much. And Karen O is an exhibitionistic Boo Radley, a warped dervish onstage who disappears after the encore and is rarely seen out in real life. What they have in common is a hypersensitivity to the world that borders on pathological — a near parody of the artist’s temperament. It sounds like a miserable way to live. “There’s definitely been times where I thought I would trade any of my gifts just for a normal, happy life,” Karen O said. But it’s also their secret weapon. When the Yeah Yeah Yeahs’ collective anxiety about, well, anything — themselves, one another, existence in general — boils over, it happens to make a really cool sound. As the band’s producer Dave Sitek puts it, “Discomfort is fuel for them.” (Continue Reading…)

I have no idea what Time’s writer Lizzy Goodman means by the phrase “an exhibitionistic Boo Radley,” and sort of doubt she does either. But it’s a nice phrase, and Karen O certainly is a great front person.

There is dark stuff in many of the band’s videos. Above is Heads Will Roll and below is Zero. 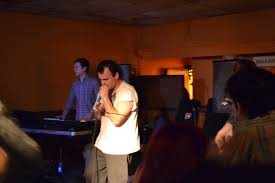 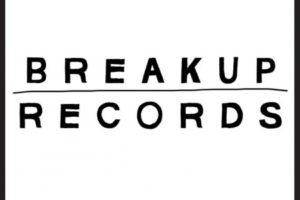