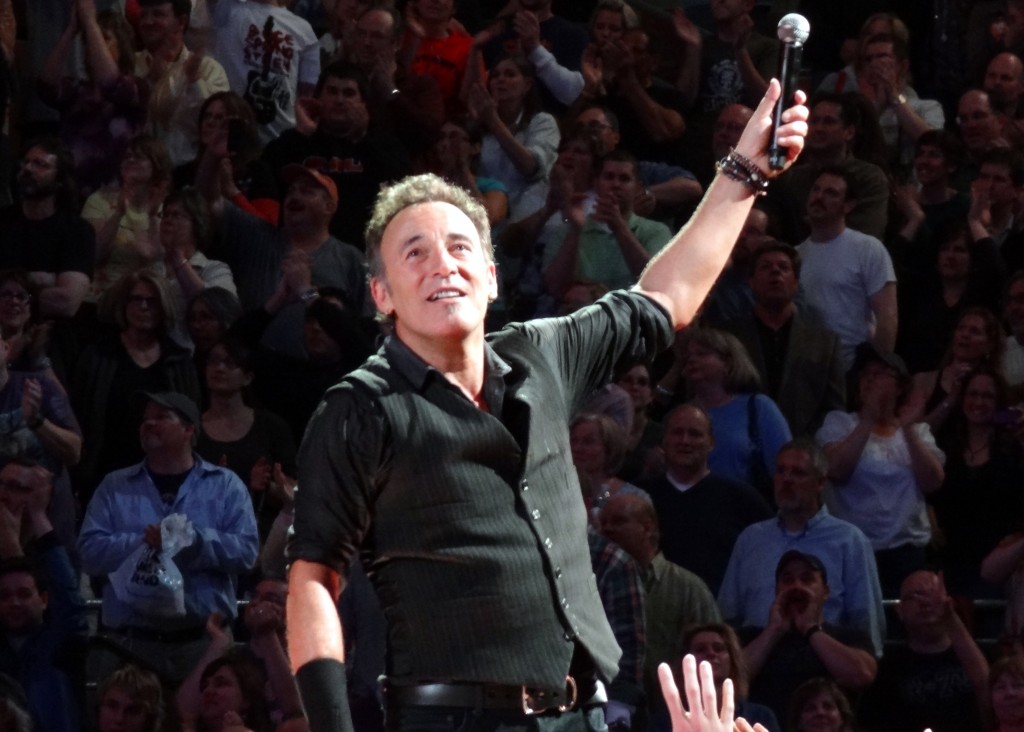 I have nothing particularly original to say about Bruce Springsteen as a set up to a podcast interview with journalist Ryan White, whose coffee table book — “Springsteen: Album by Album” — just was released.

Instead, I’d just point out that the most insightful comments I have read or head about Springsteen is that his lasting fame comes from two sources: His prodigious musical talents — both as a songwriter and performer — and the way in which he is perceived as a human being.

I am a fan of his mostly because of the latter. Don’t get me wrong–a Springsteen concert is an amazing thing. But at the end of the day, it’s only rock and roll.

At one point in time — say, after “Born in the USA” —  Springsteen could use the formula of rewriting the hits with a tweak here and a tweak there. Very talented folks have done that. It’s a living. In the case of Bruce Springsteen, it would have been a damn good one.

It didn’t happen that way. I have a feeling that Springsteen had something that the others didn’t: More to say and a deep desire to be a part of the great tradition of American folk music that includes Leadbelly, Woody Guthrie, Pete Seeger and a few others. Those guys weren’t rockers.

It’s pretty obvious. A tremendous YouTube moment is the video of Springsteen and Seeger singing Guthrie’s “This Land is Your Land” at Obama’s first inauguration. Check out the smile on Springsteen’s face as he invites Seeger to lead the crowd.

Bruce Springsteen is a serious artist. He writes songs based on the feelings, thoughts and conflicts connected to who he was and is now. Needless to say, the life Springsteen lives now is tremendously different than when he was young. It’s that way for any superstar. He no longer is a poor kid, and the people with whom he deals with are rich.

It seems clear, though, that at heart he still is the same blue-collar person of his childhood. From all indications, he never forgot that and never stopped being proud of it. Anyone who hears him speak at his concerts knows it as well. So Bruce Springsteen to me is a post-superstar, one of the ones who handled it well and realizes that he still has a lot to say. It might not be as dramatic as “Born to Run,” but it is just as important and relevant. Not bad for  an old guy.

I had the chance to speak with White, who spent 16 years at The Oregonian, about Springsteen and his book.

TagsBorn in the USA Ryan White Song Online Springsteen: Album by Album this land is your land

This Day in Music: “Hail! Hail! Rock and Roll” Concerts Held
This Day in The Beatles