Records and record players were supposed to be on the way out. Instead, both are thriving. There are lots of reasons for this--and they are the same reasons that record players are great moderately priced gifts. 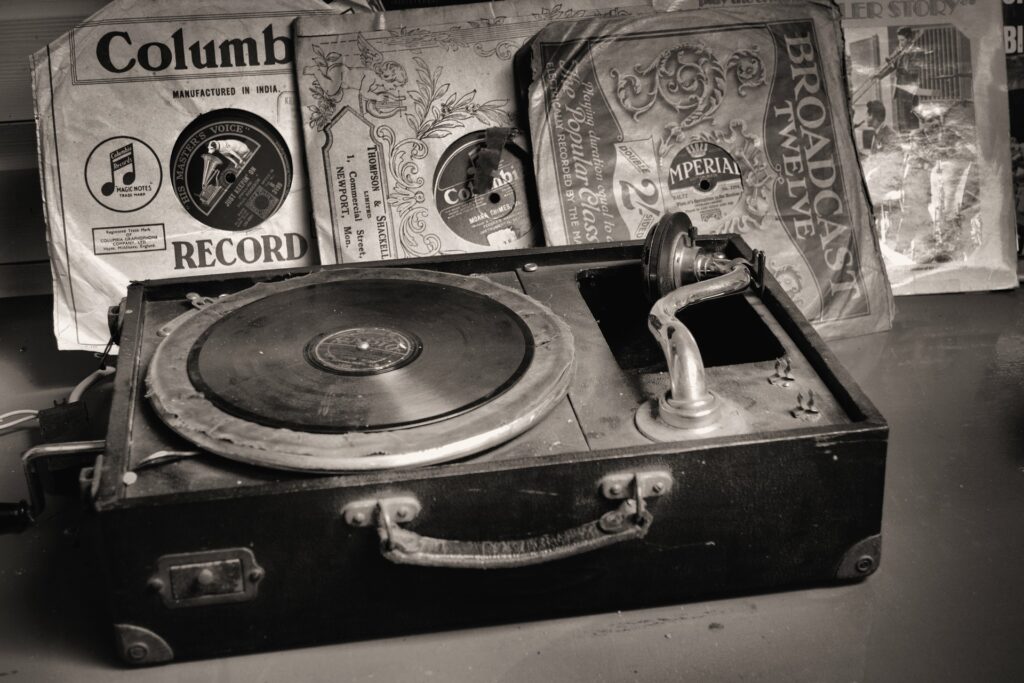 Finding a gift for the person who has everything is a small annoyance. This tip won’t eliminate the problem permanently — there’s always next year —  but it likely is appropriate for a good portion of the people to whom you give recurrent gifts.

Buy them a record player.

There are solid reasons for this. Before we go over them, a word on definitions: The terms record players and turntables are used pretty much interchangeably. That’s generally okay, but the reality is that there is a world of difference between the two. A turntable is just that, a platter that holds the tonearm and cartridge and spins the vinyl round and round. It’s helpless on its own. A record player includes a turntable but integrates it with the rest of the package: Preamp, amp, speakers and so forth.

Keep it in mind when shopping. Amazon and even specialty audio sites do a surprisingly poor job of using the correct term. Be sure that you are searching to the correct product category.

What following are the key reasons that record players are great gift ideas:

Record players help develop a love of music: Little kids love gadgets. Giving a tween or younger child (I’m not sure if this group has a cute name) a record player, with all its buttons and spinning discs, along with a classic album or two is great both as a toy and as an on-ramp to musical literacy and openness.

Bonding: One night a few years ago I heard some music wafting down from one of my teen kid’s room. I walked closer to the stairs and realized it was The Grateful Dead’s “Scarlet Begonias.” I realized that I had done something right. The same kid still is a GD fan — and likes electronica and hip hop. More recently, I’ve heard admiration for Stevie Ray Vaughan, Pink Floyd and an enthusiastic response for Johnny Winter’s “Hustled Down in Texas.”

When I was a kid, the preceding generation’s music was big band jazz. Duke and Dorsey. The music that won the war. I love it now, but had no use for it then. Things have changed: Many young people are deeply knowledgeable about the music of the 1960s and 70s. They recognize quality the genius.

Props to them, as they would say. But along with their good taste, a reason this has happened simply is that there no definitive break point between the music of my generation and theirs. Much has been added, but the basic building blocks haven’t changed.

Of course, all that great music can be streamed and listened to on CDs. But listening to it on  a record player can be a bonding experience. A gift of a record player and a couple of classic albums – especially if they emotionally resonate with mom and dad – builds a bridge.

The vinyl that is part of the record player experience is fun on multiple levels: CDs and streaming clearly are great music delivery mechanisms. They just as clearly lack romance and character. In the case of streaming, you get the music–and that’s  it. CDs come with text that is about as readable as the fine print in an insurance policy.

The physicality of the analog world has three dimensions. We’ve touched on the equipment itself. The other two liner notes and vinyl record cover art.

A good deal of the great music writing during the latter half of the twentieth century was done in liner notes. This is especially true in jazz. Listening music while reading the back of the album is rewarding. The attraction of cover art is self-explanatory: Think of R. Crumb’s artwork for “Cheap Thrills,” The Carole King photo on “Tapestry,” The Sergeant Pepper cover. The list of iconic covers essentially is endless. Cover art is its own subcategory — and one that expands the experience.

Record players are great for second homes and vacations: Some folks have done quite well and have second homes. Others perhaps haven’t reached that level but have enough to spend a week or two in the mountains or at the beach. A record player is perfect for these folks even if they have expensive audiophile-level component systems at home. The device may not provide the fidelity to which they are accustomed, but it is better than nothing.

Vintage record players are great for the elderly: There is a cottage industry in retro looking vintage record players. These are not antiques. They are modern record players made to look and operate like the machines of the past. I can think of nothing that would be more welcome – again, perhaps given with a couple of remastered albums – in an assisted living apartment or home of a senior lucky enough to still be on their own.

A record player is a tool in digitization. It’s bit counter-intuitive, but record players can be helpful to a person’s digitization efforts. Digitizing a cut from an album is called a “needle drop” by the cool kids. Of course, the vinyl source must be accessed in order to do this. Some record players make this process easier and more fun.

Record players look great. It’s a bit ironic: This article is about all the great assets of record players. Not among them is the sentence: “Play vinyl on a record player because they make them they produce great sound.” It’s a given that fidelity is not the key. At the same time, however, record player manufacturers have to find a way to sell these devices. They’ve found it: They let the designers go nuts. Even lower priced record players are creatively designed. Those aimed at kids have vibrant colors. The same unit often come in a number of color options.

Record players are reasonably priced: And, finally, there is the wallet issue. A very capable record player can be bought for $100 or less. Units that are good enough for kids are available in the $50 range. That’s not too much to pay for something that can deliver great joy today and start the recipient on the road to continued happiness for years to come.

A quick Web search will provide lots of great possibilities. Remember, you are looking all-inclusive record players, not turntables. I can’t think of a better gift—especially if you throw in a remastered vinyl record album or two.

Doing so will be such a hit that you’ll be able to get away with a tie or a scented candle next year.