Jimmy C. Newman, who would have celebrated his 90th birthday today, was an important crossover artist. The bridge was an interesting one, but not completely new. The confluence of country and Cajun music was eviendent as early as Hank William’s “Jambalaya,” which Newman covered.

Newman’s given middle name was Yeve. He changed it – on the stage, at any case, to Cajun. He was born in High Point, Louisiana which is just outside a place with the great name of Big Mamou.

The profile at his site says that he was raised a “true Cajun” but became a country performer because he fell in love with the music of Gene Autry. He began performing in the southwest. As a teen, he played in a band called Chuck Guillory’s Rhythm Boys, where he added Cajun influences. Newman recorded songs for a label owned by J.D. Miller who convinced Fred Rose, who is described in the profile as “a Nashville legend,” to give Newman an opportunity. Clearly, it worked out.

Wikipedia says that Newman was signed by Dot Records in 1953 and had a number four song on the country charts – “Cry, Cry Darling” – the next year. “Alligator Man,” which has Cajun influences, became a nickname that stuck for life.

It is interesting that Newman turned more fully to Cajun music once his popularity as a country performer waned. He formed the band Cajun Country. He is in the Country Music Association’s International Hall of Fame, the Cajun Music Hall of Fame and the Louisiana Music Hall of Fame.

An interesting anecdote in the Wikipedia profile: Dolly Parton credits Newman with facilitating her first Grand Ole Opry appearance. Thirteen-year-old Parton showed up at the Opry without invitation. Newman gave her one of his two time slots.

Newman became a star and did something that most performers would envy: He played a concert only 15 days before he passed away in 2014.

Above is “Louisiana Cajun Band” and below is “Down on the Bayou.” 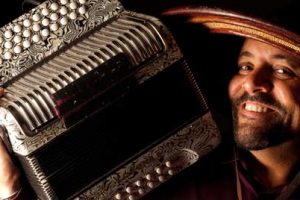 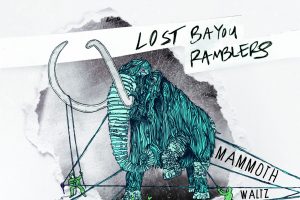 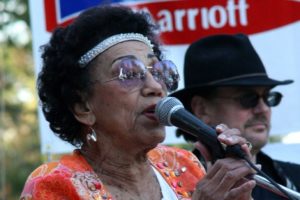