Hot Tuna started as a side project by members of Jefferson Airplane. It’s had a fluid lineup over the years and switches between playing acoustic and electric. The two constants, of course, are Jorma Kaukonen and Jack Casady. 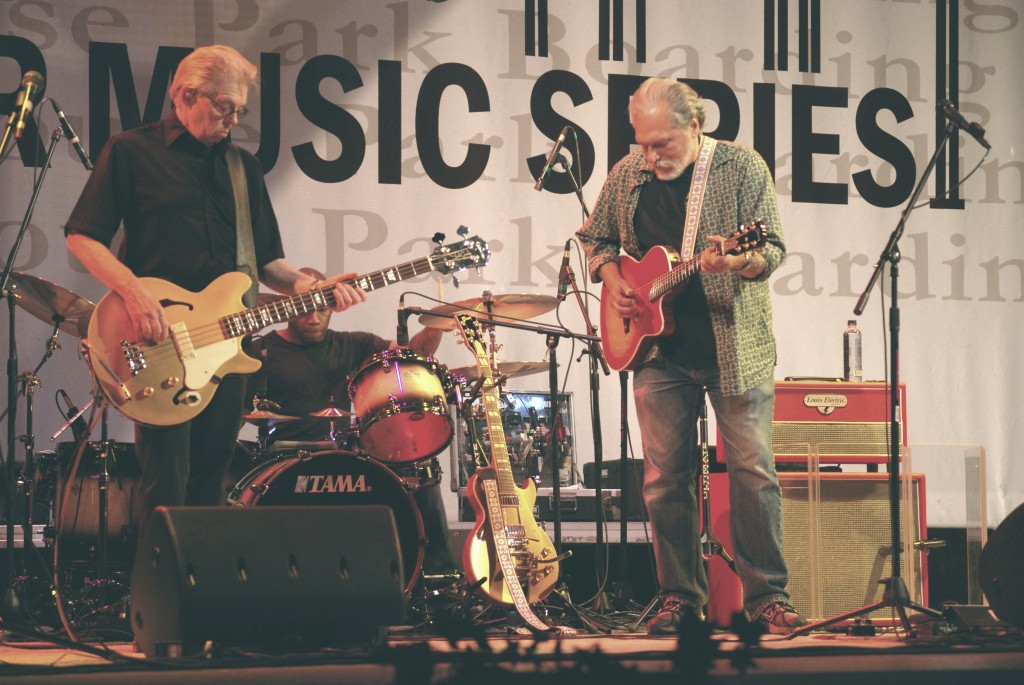 Here is the beginning of a good bio at the group’s site:

From their days playing together as teenagers to their current acoustic and electric blues, probably no one has more consistently led American music for the last 50 years — yes! — than Jorma Kaukonen and Jack Casady, the founders and continuing core members of Hot Tuna.

The pair began playing together while growing up in the Washington D.C. area, where Jack’s father was a dentist and Jorma’s father a State Department official. Four years younger, Jack continued in junior high, then high school — while playing professional gigs as lead guitarist at night before he was old enough to drive — while Jorma (who had played rhythm guitar to Jack’s lead) started college in Ohio, accompanied his family overseas, then returned to college, this time in California.

Along the way, Jorma became enamored of, then committed to, the finger-picking guitar style exemplified by the now-legendary Rev. Gary Davis. Jack, meanwhile, had taken an interest in the electric bass, at the time a controversial instrument in blues, jazz, and folk circles. (Continue Reading…)

Hot Tuna is in the acoustic segment of an acoustic/electric mini-tour. The next date is New Year’s Eve at The Aladdin Theater in Portland, OR.