We all know–and most of us love — the jolly, overweight trumpeter with the huge smile, gravelly voice and out-sized personality.

It is assumed in popular culture that Louis Armstrong was a genius. Indeed, the experts are even more certain of it than the rest of us. But, for non-experts, an interesting question arises: What, precisely, did Louis Armstrong do that sets him apart from the rest of great jazz players? Why are so many all but forgotten, while Armstrong is one of the two or three most recognizable faces on earth, even 43 years after his death? 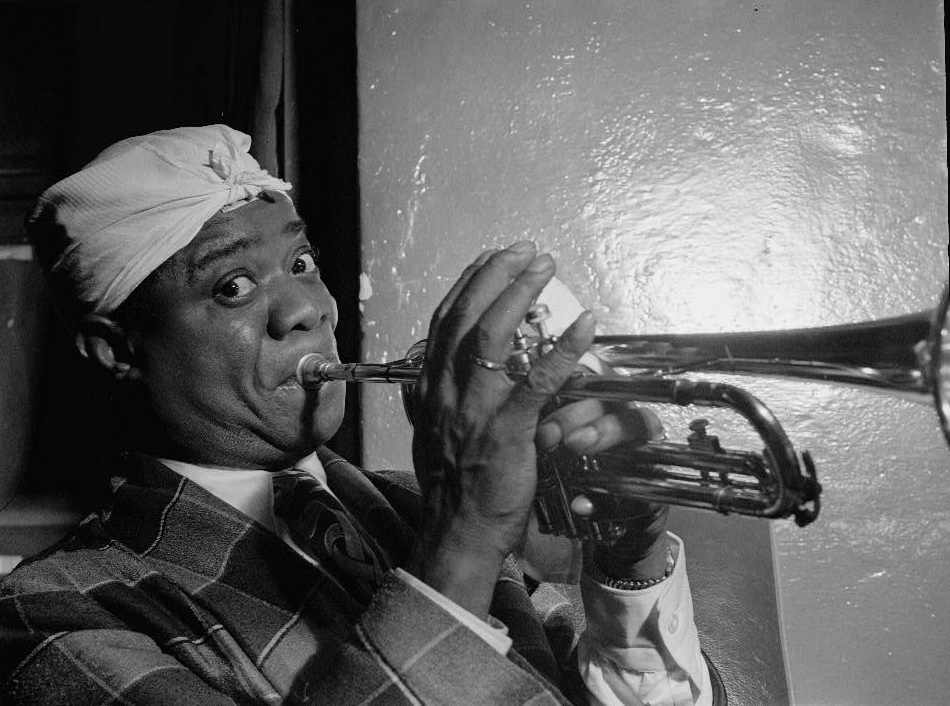 One factor beyond Armstrong’s control that worked in his (and our) favor: Timing. In fact, timing was important in a couple of ways.

One element was simply the nature of technology. Commercial musical recording was still new when Armstrong made his mark. Had he emerged just a few years earlier all of it would have been lost.

The second way in which timing was important is the reality that breakthroughs do not happen in a vacuum. Louis Armstrong, Charlie Parker, Jimi Hendrix – and Albert Einstein, to choose an obvious non-musical example – came on the scene at moment that their respective skills could act as the catalyst to create something tangibly new and different from that which existed before. In other words, there may have been others just as brilliant as Armstrong, but he or she came on the scene just before the stage was set or just after the big breakthrough was made. Armstrong came along at just the right time.

I’ve always been an Armstrong fan – a genuine smile is worth a thousand well played notes, and Armstrong offered both — and therefore appreciated the opportunity to speak with one of the real experts last week. Scott Yanow has written 11 books on jazz and writes for five jazz magazines and websites.

Scott’s answer to the question of what made Louis special is enlightening. It involves Armstrong’s new understanding of the nature of a solo and the use of his voice as an instrument (and vice versa). Mix those capabilities with the showmanship and humanity that characterized the man and you have a genius. You have Louis Armstrong.