Allan Sherman was the original Weird Al Yankovic. The difference is that Sherman’s parodies of popular and folk songs in most cases got their humor by shifting them to Jewish themes.

The early 1960s was a time that ethnic humor was first finding its way into mass media. The Civil Rights Movement and the Vietnam War made it okay to deal with difficult subjects on television. The era of Leave it to Beaver and Father Knows Best passed quickly. Ethnicity became fair game for drama and humor. Sherman — who also was a television producer — helped get the ball rolling in a small and gentle way.

Shake Hands with Your Uncle Max was a spoof of the Irish folks song Dear Old Donegal. There is a  pleasant surprise in the lyrics of the original song: One of the names recited is Shapiro. Perhaps Sherman should be reciprocated and thrown a Murphy or a Kelly into his version.

The montage in the video above is pretty funny, especially the pictures of the relatives. The author gets the album wrong (the song was on the classic My Son, the Folk Singer) and the photo he uses for Ocean Parkway definitely isn’t the one in Brooklyn to which Sherman no doubt is referring. But it’s a labor of love and a nice job.

Indeed, it’s ironic that Sherman’s biggest hit, Hello Muddah, didn’t have an overtly Jewish theme. My Son, the Folk Singer is Sherman at his best. Each track is a riot. Here are two examples:

The Ballad of Harry Lewis (sung to The Battle Hymn of the Republic):

Another is Sarah Jackman, here performed by Dave Brinnel and Hailey Brinnel (sung to Frère Jacques):

The Wikipedia suggests that Sherman’s life fell apart quite quickly. He died in 1973 at the age of only 48. 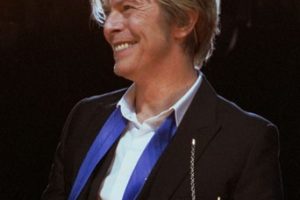 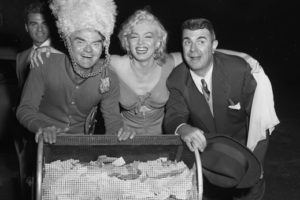 She Said, “I Can’t Take the Way He Sings But I Love to Hear Him Talk” 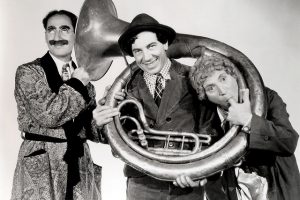