Home » blog » Bill Monroe is the Father of Bluegrass

Bill Monroe (1911-1996) is known as the Father of Bluegrass Music. His very nice site offers a tremendous amount of information. Here is the beginning of a piece that creates a nice bit of context around this important figure in American music:

Country music has been examined by many authors, both in print and on the Internet, trying to explain it in intellectual terms – often with bewildering confusion. And the part of country music that has been analyzed the most is bluegrass. This is surprising since it is its pure simplicity, accompanied by outstanding musicians, which has attracted such a large audience to bluegrass. Bill Monroe, the Father of Bluegrass Music, explained it this way: “To me bluegrass is really THE country music. It was meant for country people.” Therefore, it is surprising that bluegrass gained strong support in urban areas at a time when the trend was to popularize country music. It took a proud, stubborn man like Bill Monroe to resist the pop tide and make bluegrass what it is today.

Here is more a bio at AllMusic, written by Steven Thomas Erlewine:

Bill Monroe is the father of bluegrass. He invented the style, invented the name, and for the great majority of the 20th century, embodied the art form. Beginning with his Blue Grass Boys in the ’40s,Monroe defined a hard-edged style of country that emphasized instrumental virtuosity, close vocal harmonies, and a fast, driving tempo. The musical genre took its name from the Blue Grass Boys, andMonroe‘s music forever has defined the sound of classical bluegrass — a five-piece acoustic string band, playing precisely and rapidly, switching solos and singing in a plaintive, high lonesome voice. Not only did he invent the very sound of the music, Monroe was the mentor for several generations of musicians. Over the years, Monroe‘s band hosted all of the major bluegrass artists of the ’50s and ’60s, including Flatt & Scruggs, Reno & Smiley, Vassar Clements, Carter Stanley, and Mac Wiseman. Though the lineup of the Blue Grass Boys changed over the years, Monroe always remained devoted to bluegrass in its purest form. Continue Reading…

There is an old joke about a musician who dies and goes to heaven. He sees a man sitting on a cloud playing mandolin and remarks to Saint Peter that it’s nice to see Bill Monroe again. “Actually, that’s God,” Saint Peter says. “Every once in a while he likes to make believe he’s Bill Monroe.”

Above is Rawhide and below is Sally Goodwin (with Doc  Watson). Here are some great clips linked to from Monroe’s site. 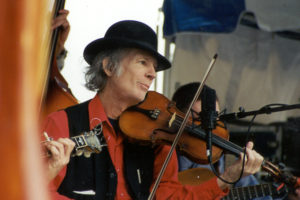 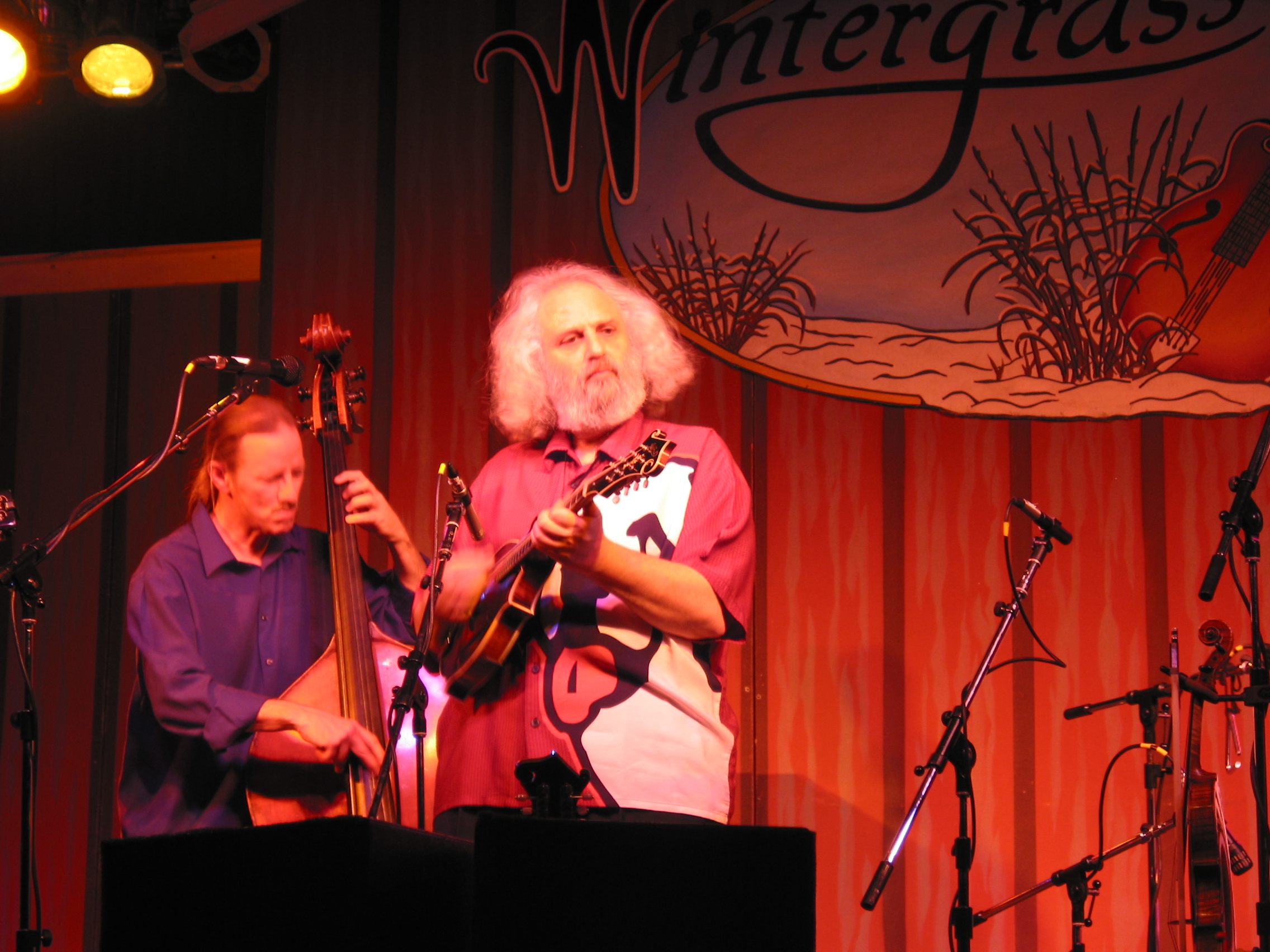 Focus On: Bluegrass Music
The Gibson Brothers: Bluegrass Entertainers of the Year
Comment