The Daily Music Break will offer a page of links on various forms of music during 2013.

To kick it off, here is a basic overview of bluegrass music — courtesy of Wikipedia — and five additional links:

Immigrants from the United Kingdom and Ireland arrived in Appalachia in the 18th century, and brought with them the musical traditions of their homelands. These traditions consisted primarily of English and Scottish ballads&—which were essentially unaccompanied narrative—and dance music, such as Irish reels, which were accompanied by a fiddle.[4] Many older Bluegrass songs come directly from the British Isles. Several Appalachian Bluegrass ballads, such as Pretty Saro,Barbara Allen, Cuckoo Bird and House Carpenter, come from England and preserve the English ballad tradition both melodically and lyrically.[5] Others, such as The Twa Sisters, also come from England; however, the lyrics are about Ireland.[6]Some Bluegrass fiddle songs popular in Appalachia, such as “Leather Britches”, and “Pretty Polly“, have Scottish roots.[7] The dance tune Cumberland Gap may be derived from the tune that accompanies the Scottish ballad Bonnie George Campbell.[8] Other songs have different names in different places; for instance in England there is an old ballad known as “A Brisk Young Sailor Courted Me“, but exactly the same song in North American Bluegrass is known as “I Wish My Baby Was Born”.[9] (Continue Reading…) 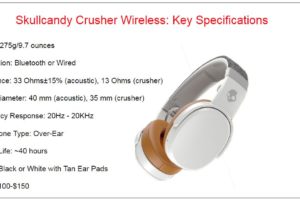