Editor’s Note: Kristen Graves is the Connecticut State Troubadour. When I found out that she had met Pete Seeger, I asked her to lie if the answer to the question of whether he was as good a guy as he seemed was no. She didn’t have to lie. Check out the podcast and responses she submitted to questions sent by The Daily Music Break:

Tell us about yourself.

I am a singer/songwriter originally from Green Bay, WI. I tour nationally (soon to be internationally in 2015!) throughout the year, and currently live in Fairfield, CT with my husband, my dog, and our international student roommate. I started writing my own music in 2000, released my first album in 2002, and started touring in 2004. Since then I’ve released 5 albums, 2 EPs and 1 Christmas CD.

I begged for piano lessons. Begged and begged. I used to make up my own songs (I’m sure they were amazing) and pound on the keys as loud as possible just to test out all the different sounds I could make on the piano. [/column][column size=one_half position=last]A Conversation with Kristen Graves:

Finally, at age 6, the piano teacher would take me on (you had to be in 1st grade) and I loved it. I studied Classical piano as a child and was really successful. I went to a lot of competitions and have a lot of old trophies. 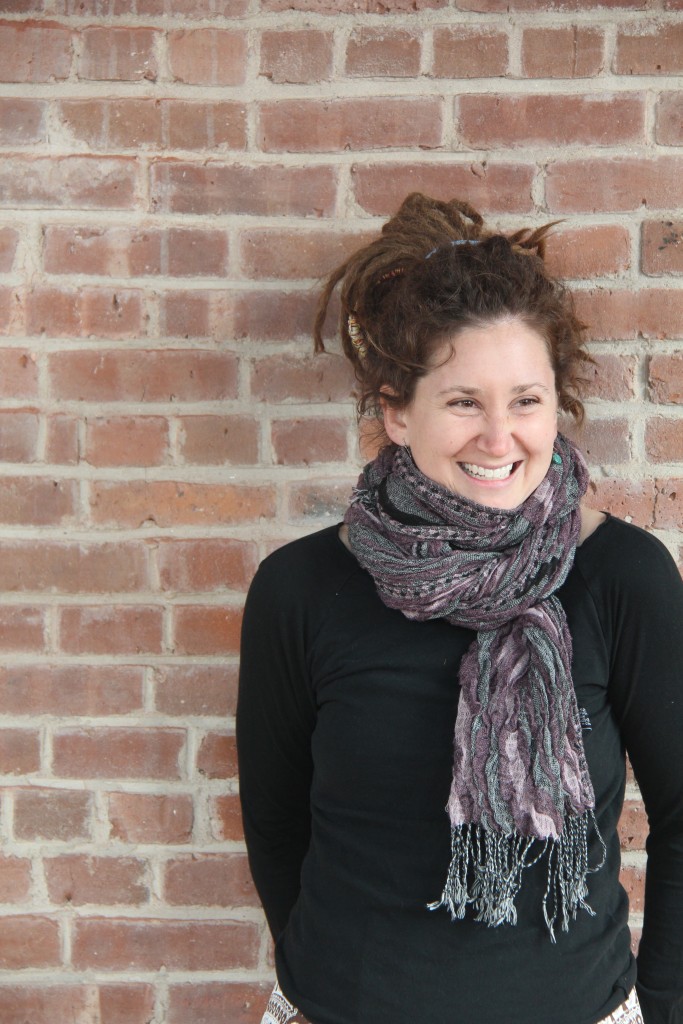 In high school, I attended Lilith Fair and realized that THAT was what I wanted to do with my life. I wanted to be a singer/songwriter. I sang to myself, but never anywhere else, so I decided to join the choir. Turned out I was pretty good and really loved it. I started learning songs by Sarah McLachlan and Jewel, and decided that this was the job for me.

I studied music and religion at St. Olaf College in Northfield, MN, joined the choir, toured the country and started volunteering at a children’s home in Oaxaca, Mexico. Once I started volunteering, spending time with people who lived different lives than me, and learning their stories – the songs couldn’t come fast enough.

To this day, I still visit those same children, and I still write songs with them in mind.

3) Were you influenced by old records & tapes? Which ones?

Ah yes – my parents were huge country music fans. In fact, my father thought I was going to be a country singer because I have a strong voice and tell a lot of stories. Turns out that works for folk music too. We had a lot of Johnny Cash, and a lot of Dolly Parton. (And apparently I was also really into the Fiddler on the Roof soundtrack as well – no idea why.)

4) What’s the side of you that the public never sees?

Not much. I’m pretty open and I’m pretty willing to share. In fact, most times I take a stage, I have no idea what’s going to come out of my mouth in between songs. I probably overshare a bit. With that – there are some things that are off limits – health is one of them. I don’t talk about it. Mine or my family’s. I don’t know why. I just feel like it’s too personal.

5) What’s coming up in your career? What’s exciting?

I’m working on my first international tour in October 2015. I cannot wait!

6) What else should we know about you?

I love dogs. I’m crazy for them.

I also love the Amish, and even had an Amish penpal (and outfit that I would wear as I wrote to her) when I was in the 3rd grade.

I secretly wish that I had the time/money/motivation to go to medical school. I’d love to be a doctor.

I love crime shows. Can’t get enough of Law & Order. But I’m a super peaceful person, I swear.

I can eat an entire package of Oreos in one sitting. It may be what eventually kills me.