Ian McFeron is a singer/songwriter from Seattle. He currently is working on his eighth album, the third with producer Doug Lancio, who also has produced for John Hiatt and Patty Griffin. The Daily Music Break spent some time chatting with him a few weeks ago. Here are answers to some background questions Ian provided — and with the podcast. The intro and exit music on the podcast is “I’ll Come Knockin’.”

Describe your musical background.
As far back as I can remember I have always had a fascination with sound. When I was a kid I remember being more interested in the percussive “crack” that I could get by clapping my wood-blocks together than I was in building things with them. I also remember taking one of the lids off of one of my mother’s pots and listening to the bell tone you could get when you held it by its handle and rapped the edge with the side of your thumb. I loved that different sized lids made different sounds. When I was a little older (maybe 5 years old) I discovered the piano that was sort of shoved under the stairs at my parent’s house. I remember spending hours and hours playing those pure tones and listening to the sound the notes made when you played them together.

How did you get started in music?[column size=one_half position=first]For whatever reason, I had this gravitational attraction to the piano my parents had at the house I grew up in. The story goes that my mothers father got it for free from a bar owner who was throwing it out one Christmas Eve when my mom was a kid.

A Conversation with Ian McFeron:

[/column]It wasn’t a particularly nice piano, but my mom did keep it in tune, maybe as some sort of homage to her dad who was somewhat of a hard character. I remember some of the hammers didn’t return properly because the leather straps that pulled them back after they had struck the harp were all rotted out. So I dug through my mom’s sewing kit and cut strands of yarn to make them work a little better.

Anyway, when I was really young, I climbed up on that piano stool and started playing different notes one by one, then together, listening to the way that the tones crossed each other in harmony or dissonance. Later on I started making up chord progressions that I would play with my left hand while I improvised melodies on the right. It was just a fun game for me- not anything I did to achieve or accomplish anything. My mom used to baby sit this red-haired kid while his mom was at work, and he heard me playing one day and decided that it would be fun if he made up stories while I used the piano to make sound effects that went along with them. He was a little older than me and was really creative and we had fun matching up sounds to the tales he’d rattle off. In the third grade I heard about an art program called “Reflections” that was being sponsored by the PTA. 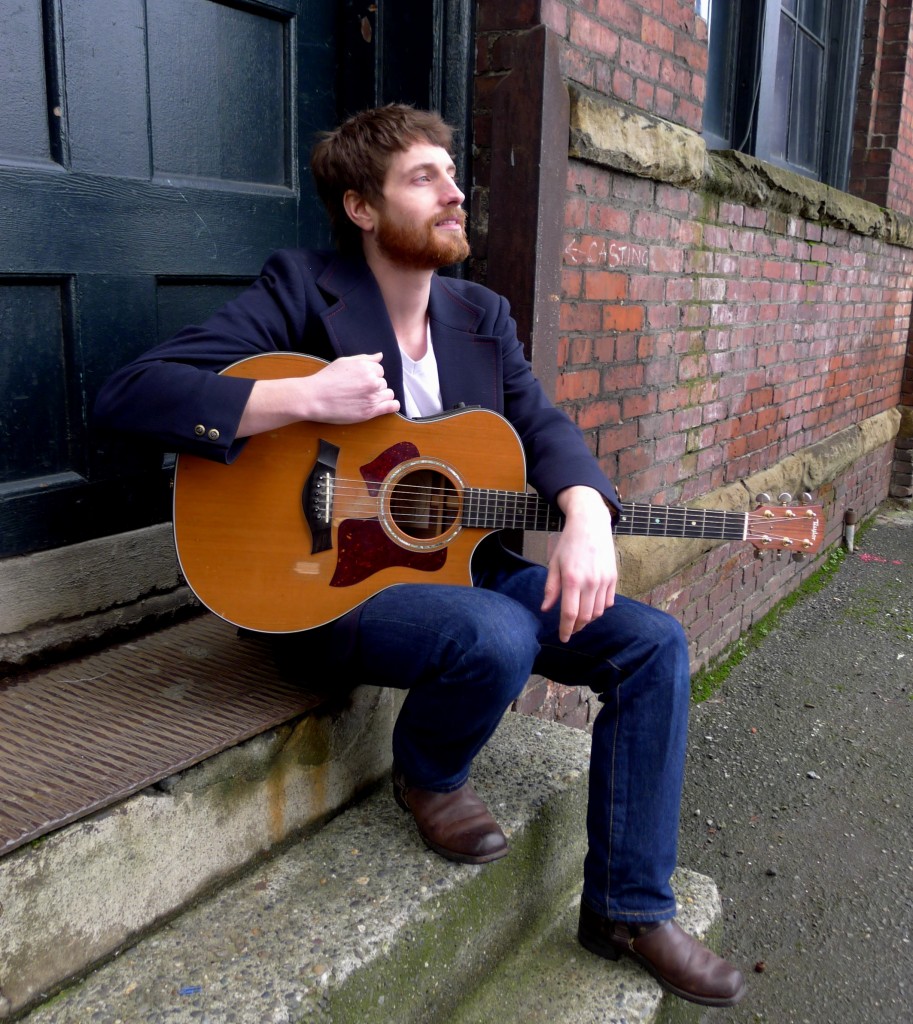 I recorded a song I had made up and my grandmother helped me write out the sheet music for it. I won first place and one of the judges wrote that “my instructor must be very proud”. I’d never taken a music lesson in my life and I thought that was funny. When I was in high-school I started playing the guitar, and about the same time I took a creative writing class. I got really into poetry, and that was when I first started experimenting with adding lyrics to the music. It was powerful the way the music added emotion to the words and the words added emotion to the music.

Later on in college, some friends caught me working on writing a song, and they said if I got a show they’d all come to listen. So I started playing open mics which led to some paid shows in pubs and coffee houses. I recorded my first full-length album when I was 22 and it got picked up by a big local AAA-format radio station.That led to opening spots for some bigger names and some festival gigs, and after that I was hooked. From then on, a song didn’t feel complete until I shared it with an audience, so I started traveling the country looking for opportunities to connect with people through music.

Were you influenced by old records & tapes? Which ones?
Absolutely. We never listened to the radio when I was a kid, it was pretty much all my parent’s old vinyl LP’s. So I missed a lot of mid and late-eighties pop music, but I did get a steady dose of 60’s and 70’s era songwriters and rock and roll bands. My two oldest sisters were always putting records on, and I remember a lot of the Beatles, Joni Mitchell, Paul Simon, Bob Dylan, Donovan, The Band, CSNY, that sort of stuff. When I was young, I didn’t really know the names of any of these bands, but certain songs would stick. Like Dylan’s “Mr. Tambourine Man”, the Beatles “Sergeant Pepper’s Lonely Hearts Club Band”, Joni Mitchell’s “Big Yellow Taxi” or CSNY’s “Our House”.

Later on I got more into the deep cuts on the albums and wanted to learn more about the artists they created. I still have images in my mind from listening to those songs as a child- of what the characters and spaces looked like, almost like there was a moving picture attached to them that I could watch in my mind as the music and lyrics rolled by. Dylan was the first one that I reconnected with when I was a teenager, and he led me back into those old records which are still a staple of my listening today. I also love to listen to all the modern artists that continue along those branches of the Americana family tree like Ryan Adams, Ray LaMontagne, Patty Griffin, The Wood Brothers, Justin Townes Earle, etc.

What’s coming up in your career? What’s exciting?

We have a new album project coming up that we’re gonna record down in Nashville with an incredibly talented guitarist/producer named Doug Lancio. Doug has produced albums for Patty Griffin and John Hiatt among others, and is a really creative and song centered arranger and producer. We actually recorded our last two albums with him, but on those I felt like I was pitching in a lot on the brainstorming side when we were selecting songs, musicians and arrangements. In a way, by throwing so many ideas out I felt like we didn’t get the full “Doug Lancio” sound on our records. When we were down in Nashville talking about our method for the new album, Doug played us some cuts from a record he’s working on with Gretchen Peters.

The sounds that came out of the speakers were so captivating and magical that I realized that there were many more avenues to Doug’s talents, and that we might have been under-utilizing his insights on the previous albums. So on this one we’re really gonna follow his lead. Doug is going to arrange the songs, engineer the recording sessions, play additional guitars, and mix the record as well. I’m super excited to hear how having more of his creative direction from beginning to end leads the songs in new and exciting directions. It’s a good thing for songwriters to get outside of their own heads and have outside creative voices blow in fresh ideas and expand the dimension and scope of the songs. Songwriters can be very particular about their work, and in some ways this can result in making self-limiting choices. Doug is such a brilliant musician, though, that I know the songs are in good hands, and he’ll take them and shape them in new and exciting ways.