Home » Mapping the Internet » Focus on the Greats: Rock

> Best Soundtracks
> Focus on the Greats: Rock
> How to Listen to Music
> Movies About Rock
> Recommended Rock Books
> Recommended Videos

This section features an incisive quote about a band or performer and three interesting sites. We stayed away from the easily found official site.

The Beatles
Bob Dylan: “We were driving through Colorado, we had the radio on, and eight of the Top 10 songs were Beatles songs…’I Wanna Hold Your Hand,’ all those early ones. They were doing things nobody was doing. Their chords were outrageous, just outrageous, and their harmonies made it all valid…I knew they were pointing the direction of where music had to go.”

The Rolling Stones
Alexis Petridis (The Guardian): “The late 60s curdling from buttercup-sandwich optimism to grim bleakness could have finished the Rolling Stones: drug busts, deaths, murderous Hells Angels at Altamont. But in truth, it suited them. Virtually from the moment they started writing songs, Jagger and Richards were drawn to darkness: certainly, they were better at depicting decay and decadence than delivering pie-eyed hippy beatitudes. So, on their first post-Altamont album, the Stones sounded simultaneously shattered by recent events and utterly imperious: from Brown Sugar’s sleazy riff to the astonishing, weary, string-bedecked closer Moonlight Mile, their claim to be The Greatest Rock’n’Roll Band in the World has no more compelling evidence than the flawless 46 minutes of music.” 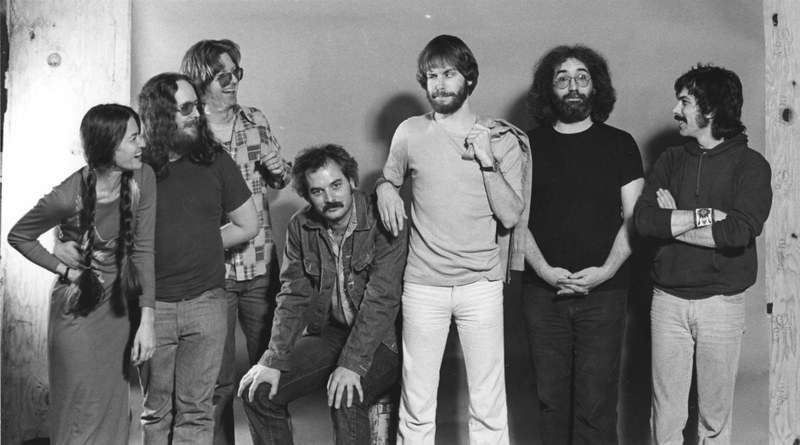 The Grateful Dead
David Browne (“So Many Roads: The Life and Times of the Grateful Dead”): “I think the Dead should be up there in the culture with the Beatles, the Stones, the Who, and all that. In some ways they are, but there’s still that big air of illegitimacy about them. I think it’s mostly the perceptions of their fans. I think [when] people think of the Dead, they don’t think of their music. They think, “Oh, those twirling tie-dyed hippies,” and they usually don’t say that in a very complimentary way.”

Pink Floyd
George Atherton (aka Geoglyphiks): “Pink Floyd has such a deep, flowing, melodious feeling; it puts you in a creative frame of mind. The themes and lyrics of their music and the visuals that represent them invite quite a lot of deep interpretation of the postmodern era. They really condensed a lot of the horrific war and strife of their generation into very emotionally triggering imagery and animation: dark bombers and birds or bloody crosses.” 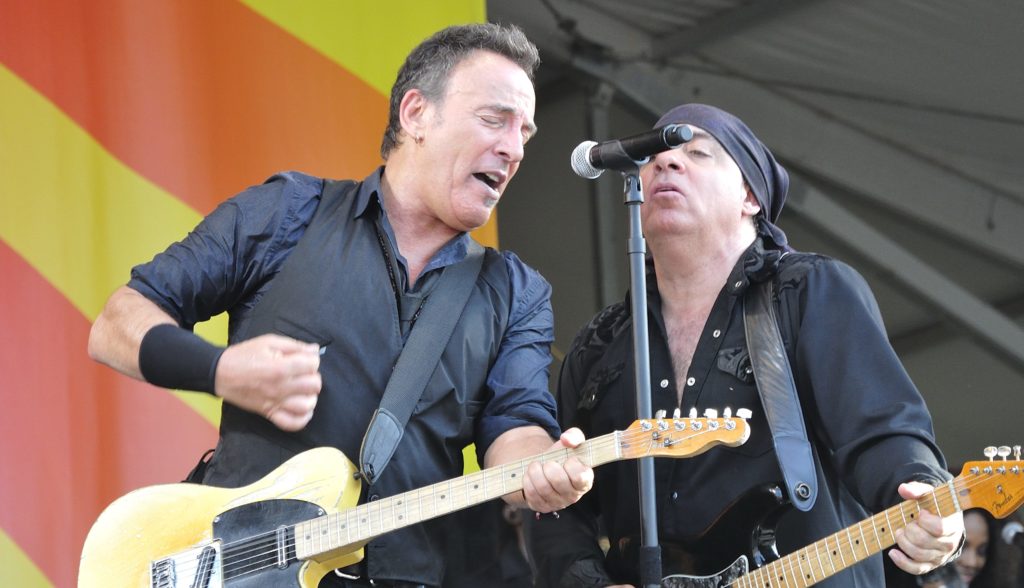 Bruce Springsteen
Mike Ness (Social Distortion): “I’ll tell you what, Springsteen’s Broadway show just was a life changer. This is a guy who has no fuckin’ mask. I remember dating a girl a long time ago and her telling her mom [about me], ‘Oh yeah, he’s covered in tattoos, by the way,” and her mom said, “Oh yeah? What’s he hiding?’ It was so inspiring [seeing Springsteen’s Broadway show], not only as a musician, because it sounded so good, him and an acoustic guitar in an old theater, but just seeing him as a man.”

Bob Dylan
Johnny Cash: “I love Bob Dylan, I really do. I love his early work, I love the first time he plugged in electrically, I love his Christian albums, I love his other albums.” 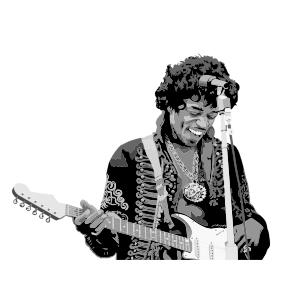 Jimi Hendrix
John Frusciante (Red Hot Chili Pepper): “I’m an Electric Ladyland guy. His music always sounds perfect to me, because he’s bending sound, taking care of music in every dimension. Where most people think of it in two dimensions, he’s thinking of it in four. I don’t think there’s a better guitar player in history. He’s not something that can be improved on. And there’s the spirit that goes into it. He creates a place where you can be high and hang out and lose yourself. He’s bringing out aspects of sound we didn’t know were there. I feel there are people moving ahead on that front, but they’re not so much guitar players — like [electronic artists] Aphex Twin and Squarepusher. They continue the work Jimi Hendrix started, but not on the guitar.”

The Who
John Curley (Gold Mine Magazine): “One thing that sets The Who apart from the others is that the band is not a one-trick pony. The band rocked as hard as anyone around and, within seconds, could become wistful and introspective. The back-and-forth in “The Punk and the Godfather” from “Quadrophenia” is a perfect example of this. This is another point that could have been filed under “Pete Townshend’s songwriting,” since the guitarist’s gift to write songs had a lot to do with such swagger and introspection.” 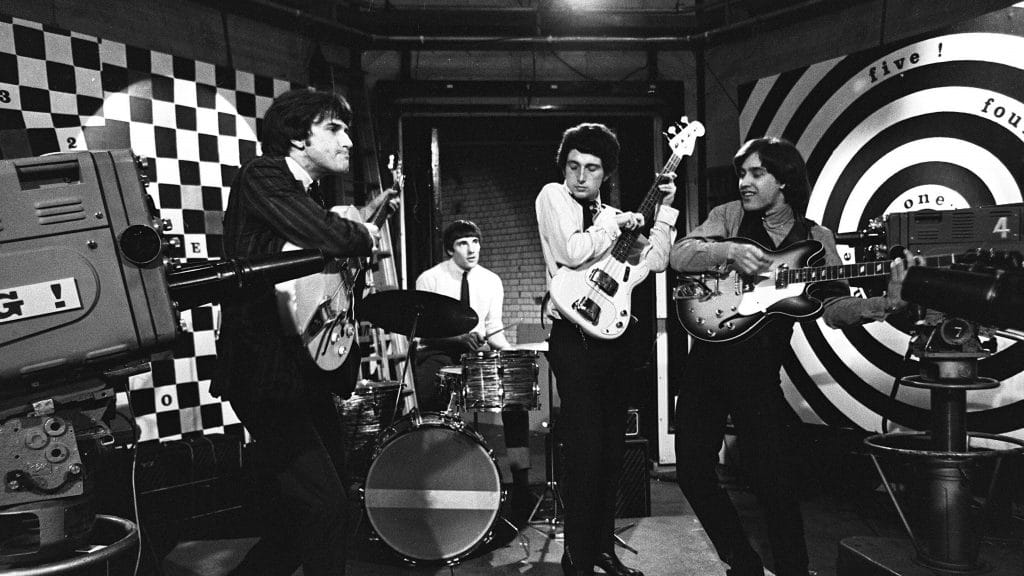 The Kinks
Pete Townshend: The Kinks were much more quintessentially English. I always think that Ray Davies should one day be Poet Laureate. He invented a new kind of poetry and a new kind of language for pop writing that influenced me from the very, very, very beginning. I think that Dave Davies is also very underestimated.”

Jethro Tull
Bruce Eder (AllMusic): Jethro Tull were a unique phenomenon in popular music history. Their mix of hard rock, folk melodies, blues licks, surreal, impossibly dense lyrics, and overall profundity defied easy analysis, but that didn’t dissuade fans from giving them 11 gold and five platinum albums. At the same time, critics rarely took them seriously, and they were off the cutting-edge of popular music by the end of the ’70s.