Like Neil Young, Bruce Springsteen has managed to remain relevant as a musician and as a lyricist despite being a superstar. Being a superstar likely leads to an insular life — one that is quite unlike the life that person led before. Maintaining creativity probably is a difficult thing to do.

Also like Young, Springsteen has two identities: Folk singer and rocker. Springsteen clearly revels in his links and debts to Leadbelly, Pete Seeger (the clip above is from “The Seeger Sessions”), Dylan, Woody Guthrie and others. He mentions them often.

Perhaps the synergies and tensions between the two overlapping worlds — rock superstar and folk musician with something to say — helps both Springsteen and Young (who recently released an album of folk and traditional songs) remain creative.

The story of the Bruce Springsteen and The Seeger Session Band’s tour is quite interesting.

Here are We Take Care of Our Own, Johnny 99, Murder Incorporated, State Trooper (with Arcade Fire) and The Ghost of Tom Joad (with Tom Morello). 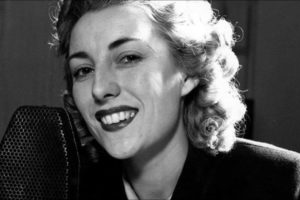