Each element of a phono system is a problem waiting to happen. Another — and equally sobering — way to think about it is that the worst performing element in a HiFi system dictates how good the audio will sound.

That’s not comforting. What it tells shoppers, however, is that the common sense approach is to pay an equal amount of attention to each element of the system. Spending a bundle on a high end turntable, for instance, doesn’t make sense if the speakers have limited range.

Folks who have no interest issues in the details of turntable cartridges, speakers, amps or other elements should consider an integrated system. Of course. Many of these generate superlative audio. These platforms have no compatibility issues and the quality of each element presumably is more or less equal.

There is a huge and growing group of folks who like phono gadgetry almost as much as the music. They enjoy upgrading their system over time. They mostly understand that it is folly to overlook turntable cartridges, the device that is the interface between the vinyl and the electronics.

In short, the answer to the question posed in the headline is a definite “yes.” This physically small and non-glamorous phono cartridge performs an exquisitely nuanced task.

For simplicity’s sake, I’m grouping the turntable cartridge and the needle (often referred to as the stylus) together, though they really are discreet elements. It’s possible to lump both of these with tonearms and, even more broadly, with the turntable. It’s fine to do this, but folks should aware—and those interested in high fidelity should break the system into their component parts.

Here are seven things to think about when thinking about the stylus and cartridge. Some relate to new purchases, some to both new and replacement purchases and one to ongoing maintenance.

Turntable Cartridges: Things to Think About

– Unless you want truly spectacular sound — and are willing to pay for it — go with moving magnet cartridges. Moving coil cartridges are high end require other changes.
– Use standard mount cartridges.
– Clean your records and the stylus regularly.
– Consider attaching a brush to the tone arm to clear out the record grooves ahead of the stylus. Extracting debris from the grooves is important, of course, but care should be taken because the brush adds weight and changes the center of gravity. This impacts the cartridge’s balance and tracking.
– Be aware of conical stylus and elliptical stylus designs.
– Buy a diamond stylus unless you really are trying save money. Sapphire stylus are considered entry level models.
– Make sure a replacement stylus is compatible with the cartridge.

The Daily Music Break will follow this up with a more detailed article. Check out this article on another vital element, stereo amplifiers. 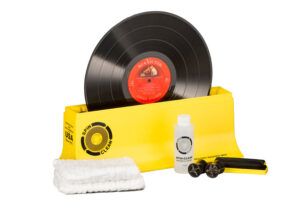 How to Clean Old Records 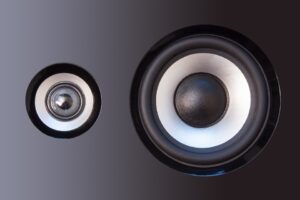 What Speakers Do I Need for My Turntable?

Finding the Best Phono Preamp
What to Look for in an Amplifier, Pros and Cons on Five Models