Home » Podcast: Why is Clapton Great?

Here is a simple question: Why is Eric Clapton a great guitar player?

To me, the right question isn’t “Why is Clapton great?” Instead, the question is “What makes a great guitar player?” It’s a far more difficult question than in directly competitive endeavors. We know LeBron James is great because he leads or is near the top in measurable metrics. Magnus Carlsen can make the case that he is the greatest chess player ever in the form of his ranking and the list of people he has beaten. Usain Bolt. Floyd Mayweather. Mariano Rivera. Easy conclusions. They out ran, out boxed and out closed their competitors. 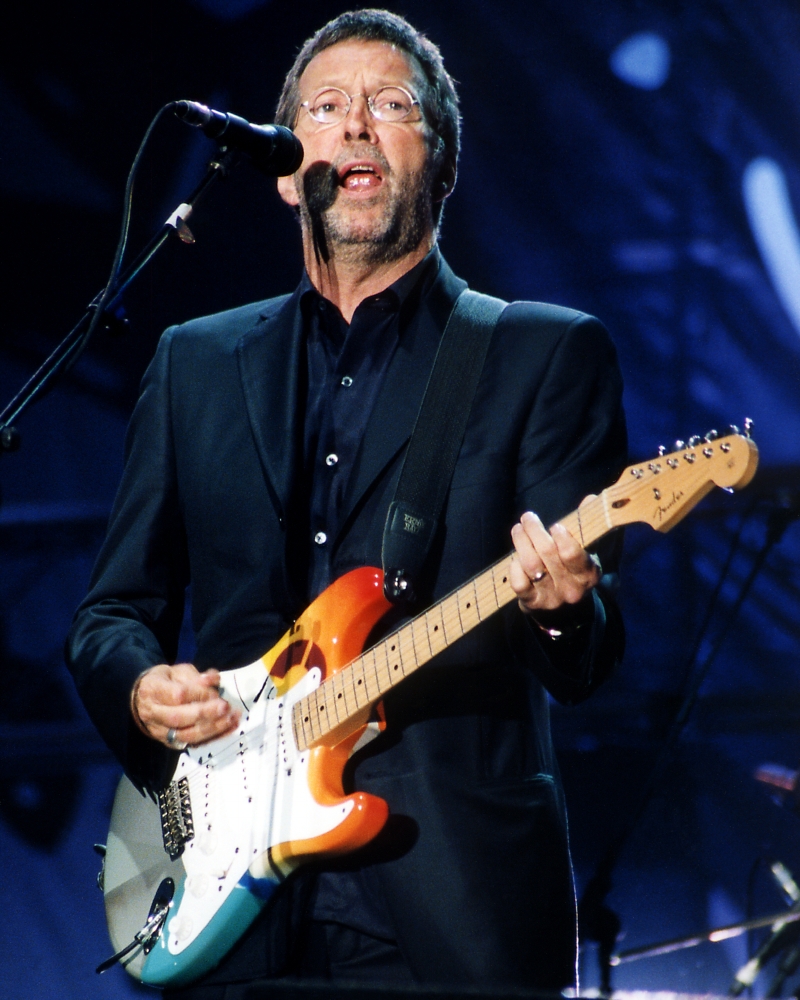 But art is subjective. Anyone raised on rock and roll who now is at retirement age or older grew up with the understanding that Clapton, Jimi Hendrix, Stevie Ray Vaughan, Jerry Garcia, Jimmy Page, Carlos Santana, Duane Allman and a few others are in the pantheon. Like the fact that the Knicks will never again win the NBA title, calling this group the top of the mountain is an article of faith that is so deeply engrained that most people don’t think too much about it.

There actually are ways of describing Clapton’s greatness, however. One simply is that he helped invent the form of rock and roll that we have today so of course he will be considered to be really good at it. If the founders of rock and roll had simply played random notes and if the genre had somehow survived, those random note players would be considered geniuses. It’s sort of like the anthropic principle.

It’s more than that, of course. I discussed the question with my brother Walter (who I also spoke to about Hendrix) recently. He suggested four contributing factors: phrasing, tone, technique and choice of collaborators. I’ll let him elaborate.

Walt references a solo in the version of “Got to Get Better in a Little While” from the 2013 Crossroads Guitar Festival at Madison Square Garden in NYC as a good illustration of Clapton’s genius. The podcast starts and ends with the solo.

A final and meaningless side note: Nobody seems to refer to Stevie Ray Vaughan as “Vaughan.” It would be odd to hear somebody say, “I love Clapton, but my real favorite is Vaughan.” It’s either “Stevie Ray” or “SRV.” Odd.