The reason that Puccini is essentially known by only his last name is different than Bono and Cher. In their cases, it is a matter of fame. In his, it’s about saving time and the likelihood that nobody would remember it all. Puccini’s full name was Giacomo Antonio Domenico Michele Secondo Maria Puccini. That’s 48 letters.

Puccini, who lived from 1858 to 1924, was called the greatest Italian opera composer after Verdi. The names of his most famous works are familiar: “La Bohème,” “Tosca” and “Madame Butterfly.”

Britannica says that Puccini was an exponent of operatic realism. For two centuries, members of his family had served as musical directors of the Cathedral of San Marino in Lucca. The association came in handy: Puccini’s father died when he was five. The family was supported by the municipality and the organist position was saved until the young Puccini was old enough to take it over.

He chose opera as a vocation when he saw Verdi’s “Aida.” Puccini entered the Milan Conservatory in 1880. His reputation started to grow with his graduation piece, “Capriccio sinfonico,” which attracted the attention of critics. A piece he wrote soon after was produced via the 19th century version of crowd funding and successfully presented in Milan in 1884.

Puccini had a dramatic life. He survived a serious automobile accident in 1903 and had a son via an affair with a married woman. His death had operatic overtones, according to Wikipedia:

A chain smoker of Toscano cigars and cigarettes, Puccini began to complain of chronic sore throats towards the end of 1923. A diagnosis of throat cancer led his doctors to recommend a new and experimental radiation therapy treatment, which was being offered in Brussels. Puccini and his wife never knew how serious the cancer was, as the news was revealed only to his son.

Puccini died in Brussels on 29 November 1924, from complications after the treatment; uncontrolled bleeding led to a heart attack the day after surgery. News of his death reached Rome during a performance of La bohème. The opera was immediately stopped, and the orchestra played Chopin’s Funeral March for the stunned audience.[51] He was buried in Milan, in Toscanini’s family tomb, but that was always intended as a temporary measure. In 1926 his son arranged for the transfer of his father’s remains to a specially created chapel inside the Puccini villa at Torre del Lago.

There are many sites that explain and explore Puccini’s works. There is Wikipedia, Britannica and Classical.net.

The Opera Platform has a quote from Puccini that is quite telling:

“I want to make people weep: therein lies everything.”

Above is Luciano Pavarotti in “La Boheme.” Below is Placido Domingo in “Tosca.”

The Daily Music Break has posted on Verdi, Maria Callas and Pavarotti. In fact, one of the funniest videos on the site is of the good natured Pavarotti performing with The Spice Girls. 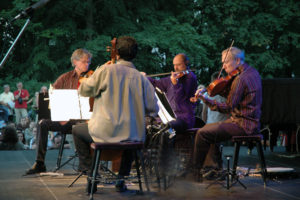 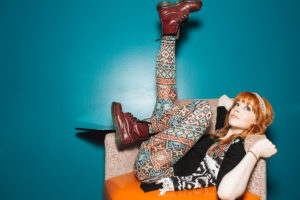 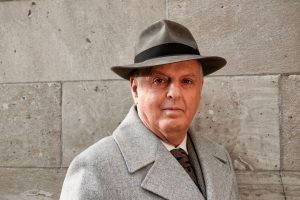